• On Monday morning, police arrested six suspects at a witchdoctor's hideout in Likoni.

• Before and after their attacks, they visit the witchdoctors to be given protection powers, according to senior police officers in the region. 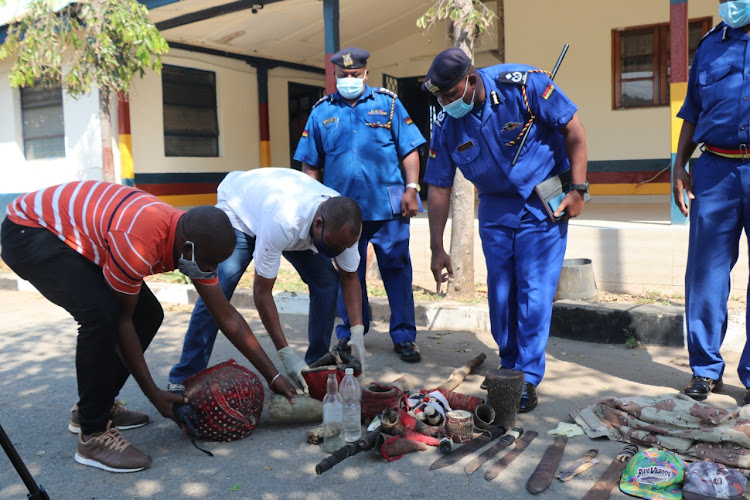 Likoni, Kisauni and Bamburi areas of Mombasa have always been characterised by crimes involving juvenile gangs.

On Monday morning, Mombasa residents woke to the news that a panga-wielding gang had terrorised Likoni, leaving at least nine people with critical injuries.

The victims were hospitalised with deep cuts, some at the Coast General Teaching and Referral Hospital.

On Tuesday, county commissioner Gilbert Kitiyo said they had arrested nine suspected criminals, among them a 13-year-old boy.

The nine are expected to be arraigned to face charges of disturbing the peace and causing bodily harm.

Police also shot dead a 20-year-old suspect believed to be part of the gang that terrorised the Likoni residents on Sunday night.

Kitiyo said residents are to blame for protecting the youth, who hide among them before they come out to cause violence. He ruled out claims that politicians could be behind the organised juvenile criminal gangs in the region.

“These are serial offenders who are in and out of prison. Whenever they are released, they regroup and start causing problems. The community is to blame for harbouring such characters,” Kitiyo said.

Police have also noted with concern a new phenomenon among the young people causing chaos in the county.

They say the young criminals are “strong believers in witchcraft and supernatural powers”.

Before and after their attacks, they visit the witch doctors to be given protective powers, according to senior police officers.

The Sunday night incident is similar to the one that happened in May where youth clad in white robes slashed innocent residents, sexually harassed women and robbed traders in Bamburi.

On Monday, police in Likoni arrested six individuals among them a witch doctor, suspected to be behind the Sunday attack.

They were found at the witch doctor’s shrine with an assortment of paraphernalia, which the police suspect was used to initiate the individuals into crime.

During the Bamburi’s attack in May, the youth were dressed in white robes, more of a belief that they were being protected by some spirits during the attack.

Coast regional police boss Manasse Musyoka said the six who were arrested on Monday morning were found at the witch doctor’s hideout in the Likoni area.

“During an early morning operation to flush out those who were involved in the Sunday night, we found these youths at a witch doctor’s place. Several pangas, crude weapons and other paraphernalia were seized,” he said.

Musyoka said they received a tip-off from a concerned member of the public who raised the alarm when he saw the suspicious activities.

He urged the youth to shun criminal activities and called on the clergy to take up the role of counselling and mentoring the youth to change their attitudes and perceptions.

The police boss also urged Likoni residents to remain calm, assuring them of their safety and security. He said they will continue to flush out more criminal gangs hiding in the area.

“The government is on top of things because it is fully equipped and our officers are well trained. We can say without fear that we shall not be intimidated by these criminals,” he said.

Musyoka further ordered the police to immediately arrest anybody who would be found in possession of any military gear. A military jacket was found on one of the suspects.

He also disputed that the attacks were politically instigated. In August 2019, a gang of over 40 juveniles attacked Bamburi residents with pangas and other crude weapons.

In Likoni, there are several other groups, Wajukuu wa Bibi, Young Thugs and Chafu, whose modus operandi is similar to that of Wakali Kwanza and Wakali Wao. 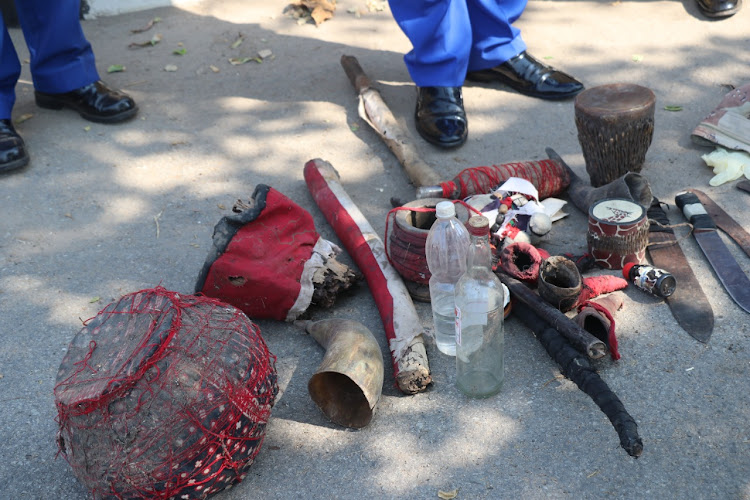