Research marijuana and miraa for economic use, PS tells scientists

•  Nabukwesi said the country could get a lot of revenue from the sale of the two plants.

• Says other countries have done research on marijuana and are allowing its use. 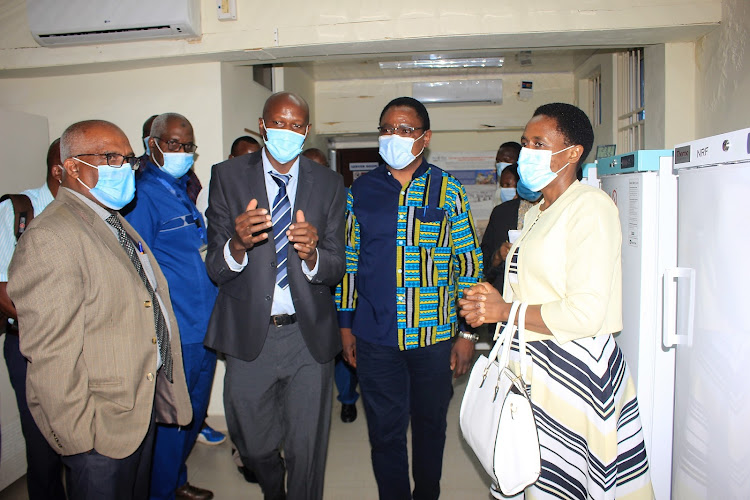 University Education and Research PS Simon Nabukwesi has called for research on marijuana and miraa to seek ways of making them economic viable.

Speaking after commissioning a biosciences laboratory at the Pwani University Biosciences Research Centre in Kilifi, Nabukwesi said the two plants could make a good economic impact.

Nabukwesi said the country could get additional revenue from the sale of the two plants.

“There is very little research on miraa. Most of what we have is political debates on whether miraa is bad or good for consumption. If research establishes to the world that miraa has some health benefits, then the export market could be expanded to the whole world,” he said

The PS said political debates on the usefulness of miraa led to its ban in the UK.

“When the UK banned miraa, one governor from the miraa growing region went to the UK alone to try to unlock the stalemate. He advanced the matter politically. Had there been scientific research on miraa, then the UK would have been easily convinced to allow the use of miraa,” he said.

Nabukwesi said other countries have done research on marijuana and are allowing its use.

“If scientists can do thorough research on marijuana ,we could grow it legally and sell it to the countries where it is being used. We do not necessarily have to consume it here,” Nabukwesi said.

The Pwani University Biosciences Research Centre is a regional research and training centre with researchers coming from the East African region and beyond.

The centre started as a virtual platform for managing, consolidating and expanding bioscience research activities.

The construction and equipping of a state-of-the-art molecular lab commenced in 2016 with funding from the Wellcome Trust, Pwani University and KEMRI.

The centre has received close to Sh100 million from the National Research Fund.

Vice-Chancellor Mohammed Rajab said the centre has researchers from Tanzania, Uganda and Rwanda.

Rajab added that the centre also has the capacity to test Covid-19.