In the first county assembly, as many as 20 MCAs owed their election to Mohdhar.

- After a period of relative quiet, Mohdhar has resurfaced and is seen in political gatherings more often than not.

- Although he has not declared interest in any seat, the former mayor, has been endorsing different politicians gunning for different seats. 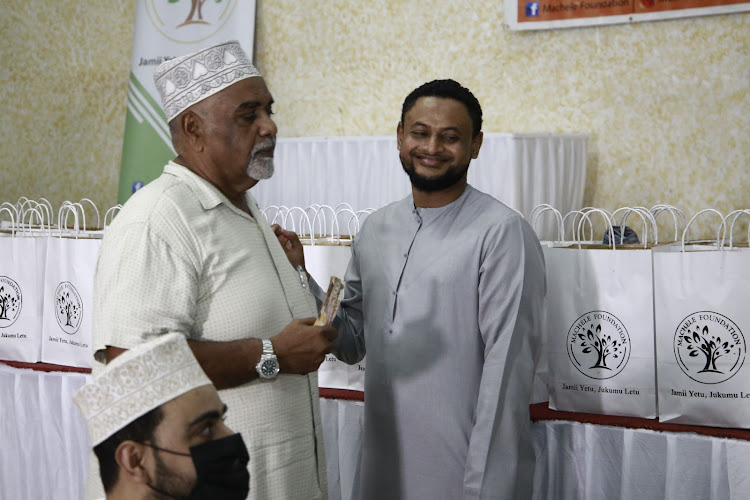 Former Mombasa Mayor Ahmed Mohdhar has upped his political activities in Mombasa in the recent past, prompting speculation about his intentions.

After a period of relative quiet, Mohdhar has resurfaced and is seen in political gatherings more often than not. Although he has not declared interest in any seat, the former mayor has been endorsing different politicians gunning for different seats.

His speeches smack of someone who knows how to make people win and who does not want any elective position.

Is he the kingmaker in Mombasa?

One of the oldest politicians in the county, Mohdhar boasts of ‘creating' a number of Mombasa politicians.

Together with his close friend and ally, the late Mohammed Hatimy, the two formed a formidable force that dictated the political direction of the county.

Hatimy was the political power behind ODM in Mombasa and his word sailed almost every time.

“You people know me. I don’t want to be anything, not even the chairman of the local marble playground,” said Mohdhar on Tuesday.

He was the chief guest at an iftar dinner organised by philanthropist Mohammed Soud Machele at St Joseph's Hall, Tudor. He endorsed Machele for the Mvita MP seat.

On Wednesday last week at Buxton, he endorsed businessman Suleiman Shahbal for the governor seat, saying he has shown what he can do if given a chance. He later hosted him for iftar at is Ganjoni home.

“Shahbal is a businessman like any other. He is allowed to do any business in this town. So, what he does is for the benefit of the Mombasa and Buxton residents.

“We want to give you a gift after this project. Whether you want anything or not, I want you to know I will be your proponent,” Mohdhar told Shahbal during the official launch of the Buxton Point affordable housing project.

For years, the former mayor has been one of Mombasa Governor Hassan Joho’s most trusted men in his inner circle.

He has been instrumental in pushing certain agendas, especially during Joho's turbulent times in his political journey, more so when he was at loggerheads with President Uhuru Kenyatta.

Although he denies it, Mohdhar is said to be behind most of the MCAs’ political stardom, both in the first and the current county assembly.

In the first county assembly, as many as 20 MCAs owed their election to him.

Having some level of influence on as many as half of the MCAs makes it easier to have your agenda sail through in the house.

In 2017, he eased off from politics and concentrated on his businesses but still hosted delegations of political aspirants and operatives who sought his blessings and advice.

“I don’t guess things. I have been Joho’s proponent in 2013 and in 2017 and he sailed through. So, don’t worry,” he told Shahbal at Buxton on Wednesday last week.

A former MCA in Mvita constituency admitted that he sought the blessings of the former mayor to make his work easy.

“In Mvita constituency, you have to be smart and know who to seek support from. I identified him as an influential leader and once I convinced him of my vision for the ward, he was impressed and that was it,” said the former MCA, who sought anonymity.

Already, delegations of aspirants are flocking to Mohdhar's home seeking political blessings and endorsement. Abu Hemed, one of his close friends, told the Star Mohdhar carefully selects whom to endorse.

“He fears failure. So when you approach him he does a background check on you before he is able to make a decision on whether or not to support you,” Hemed said.

On Tuesday, Mohdhar said, “I was in leadership for many years and I understand the people of Mombasa.”

Endorsing Machele, he said: “I have not seen anyone who does something like this without asking for financial support. During my time, we always had fundraisers before organising such an event.”

Machele had through his foundation organised an iftar dinner where he gifted 120 barbers from the constituency with new shaving kits.

“I told you in Burhaniya, you will never walk alone. That is a promise I pledged to you. Now you are seeing.

“While others do with hidden agendas, Machele does from the heart. If given a chance, he will surprise many,” Mohdhar said.