Dock union polls in limbo after aspirants reject electoral board

•They said they do not recognize the board because they were not involved in its selection.

•Speaking to the Star on phone, Sang said he was in Nairobi pursuing the union’s CBA issue that has been dragging for two years. 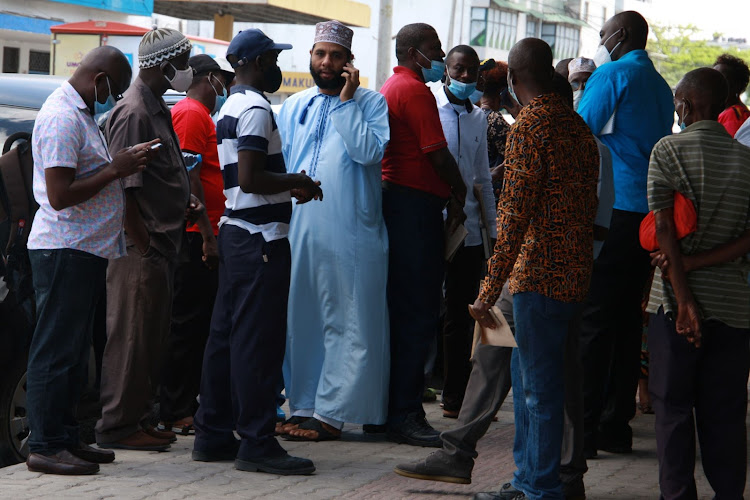 The Dock Workers Union elections scheduled for May 20 are in limbo after 135 aspirants on Wednesday rejected the electoral board approved by the union’s National Executive Council.

They said they do not recognise the board because they were not involved in its selection.

The aspirants made their stand known after a meeting with DWU general secretary Simon Sang aborted following his no-show.

Sang had called for the meeting at the union offices to iron out issues raised by the aspirants over the elections.

The aspirants said they do not have faith in the electoral board and want a new and independent one constituted.

In a letter dated March 10, Mombasa county labour officer Willy Kimani proposed 10 names to be in the DWU elections board as requested by the union.

They include Kimani himself as the board chair, D. Njagi as the secretary, and J. Katana, C. Opalakadi, G. Matahi, B. Bakari, T. Gona, B. Kase and F. Kahindi as board members.

According to Sang, the names were approved by NEC.

Rashid Mwagasare, who is eying the national chairman's position said the aborted meeting would have provided a way forward.

He said an independent electoral board should have been formed through a special conference and not handpicked by a few individuals.

“As candidates, we can sit down and come up with signed agreements and go on with our elections. However, some people do not want these elections to be free and fair,” Mwagasare said.

The aspirants said labour officers cannot make up the electoral board.

Instead, they should only oversee the elections.

Mwagasare said the proposed board had the hands of interested parties.

As members of the union, we are the supreme parties and our say is final and not the NEC. We reject the proposed board,” he said.

Musa Jaka, who is vying for the vice-chair position, said Sang was trying to set them up with the police.

“How can he call for a meeting knowing he will not attend? This place cannot accommodate as there will no social distancing,” Jaka said.

Reports also emerged that Sang’s camp has been calling for a boycott of the elections should the Kenya Ports Authority not pay workers arrears owed to them.

However, the aspirants said this is a plot by Sang to avoid the elections.

“We want the arrears, yes, but the elections must go on,” Jaka said.

He said they have no faith in any move that Sang makes.

“He has refused to disband the previous elections board and wants it to preside over these elections so he can manipulate them.”

“We want the elections board disbanded and a new independent one formed. We also cannot have a meeting with him because he is a candidate just like us,” Jaka said.

Kennedy Okech, who is also vying for the national vice-chair position, said it was wrong for Sang to call for a meeting and then skip it.

“Some of us have asked for permission from work to be here and this is what we find? The outgoing officials have been fighting for the last five years and we believed today we would find a lasting solution for the elections.”

“We are disappointed, Sang should respect dock workers,” Oketch said.

Speaking to the Star on phone, Sang said he was in Nairobi pursuing the union’s CBA issue that has been dragging for two years.

“We called the meeting so that the aspirants could air their views about how they want the elections conducted.”

“We do not want this to be a one-man show as there have been several complaints from the aspirants about the elections,” Sang said.

He said an NEC meeting had been scheduled for Thursday to ratify whatever was to be agreed at the Wednesday meeting.

At the aborted meeting, the aspirants would have been told why the NEC opted for the labour officers to form the electoral board, which they approved.

“That was the essence of the meeting,” Sang said.

However, his absence angered the aspirants, who roughed up chairman Sheria, not giving him a chance to speak.

“You are talking to us in what capacity? You are not our chairman!” they shouted him down.

Sheria had to cut short his attempts to give a speech and flee after declaring the meeting postponed.

“We cannot conduct any meeting in this boardroom because there is no social distancing,” Sheria declared before hurriedly leaving amid victory and unity chants from the aspirants.

The aspirants said since the last elections on April 12, 2016, the outgoing officials’ term ended on April 12.

Sang said the chair and deputy general secretary were to stand in for him as the union constitution allows them should he not be available for a meeting.

Aspirants for Sang’s general secretary position met afterward as they tried to come up with a way through which they can oust him.

They include Abubakar Mohammed and Siyat Abdullahi. 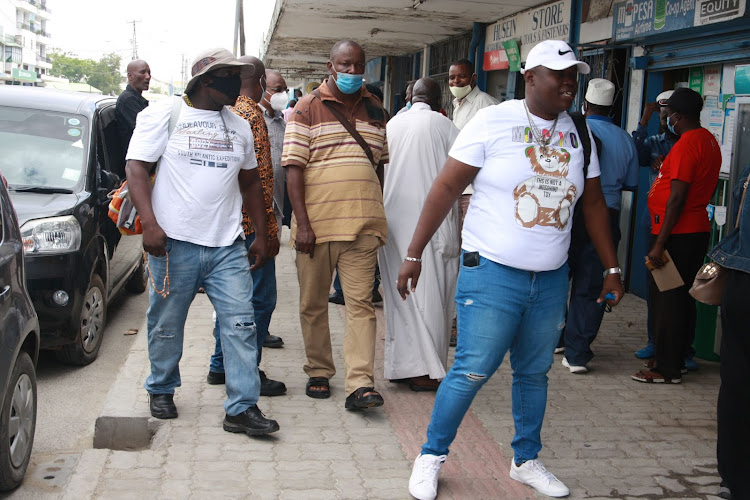