Police searching for 24-year-old woman from Siaya who vanished with cash.

A German investor has claimed his life is in danger after his Kenyan fiancée allegedly stole Sh5.4 million from his villa at Harbour Key cottages in Malindi. 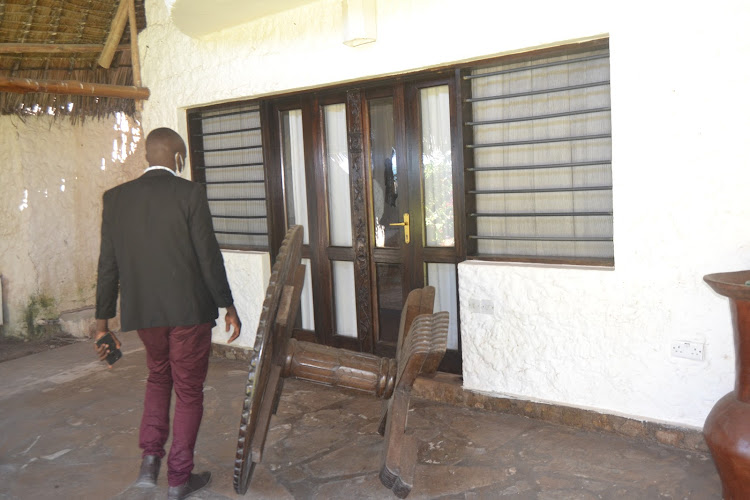 The abandoned villa in Malindi belonging to the German investor from where his Kenyan fiancee stole his Sh5.4 million
Image: ALPHONCE GARI

A German investor has claimed his life is in danger after his Kenyan fiancée allegedly stole Sh5.4 million from his villa at Harbour Key cottages in Malindi.

Reiner Kreplin, aged 66, claimed the woman vanished with the money from the villa and since then he has been receiving threatening messages from anonymous people.

Kreplin was forced to abandon his house after the incident and has been moving from one town to another fearing that the fiancée could be trailing him with a gang to eliminate him.

The investor said he had just returned to Kenya with huge amount of money to buy a second villa at Harbour Key cottages, which was to bear the names of the two.

Kreplin said he had plans to also initiate a multi-million irrigation project in the drought-stricken Ganze constituency, Kilifi county, and a recycling plant.

"I reported the matter to Malindi police station after she went missing. I went with the police to my cottage only to find the suitcase broken and Sh5.4 million in foreign currency missing,’’ he said.

Kreplin, who is depressed, said police changed the statement from missing fiancée to a criminal case and promised to follow up the matter to arrest her but have not succeeded to date.

He has claims to be receiving threats from unknown people who seem to be tracking his movements.

Malindi police said they are aware of the report of theft but do not know about threats to the German investor.

Speaking in his office, Kemboi said he would follow up the matter but advised Kreplin to report to any police station for the DCI to begin investigations.

Kreplin he first came to Kenya in January 2019 as a tourist from Ethiopia where he was trying to make other investments but found it difficult.

He was advised by friends in Nairobi to get a house in Mtwapa near Pirates beach, which he did.

He said since he had no beer in the house, he went to Amada resort where he met the woman who was a waiter and they fell in love.

On April 29, he came back to Mtwapa and helped her move to a new bedsitter. She took some days off duty and they went to Malindi where he bought his first villa from an Italian national.

He said from October 29 he moved in with the woman in Malindi. He said they visited her family in Siaya and he supported them financially as he knew he was part of the family.

Kreplin said they celebrated the woman's 24th birthday in September 2020 in Zanzibar.

He said he went out for morning coffee and when he came back she was gone.