• The National Environmental Management Authority board members toured a construction site at the firm on Thursday and closed it for encroaching on a wetland.

• When some of the residents turned up for work on Friday, the company bosses turned them away. 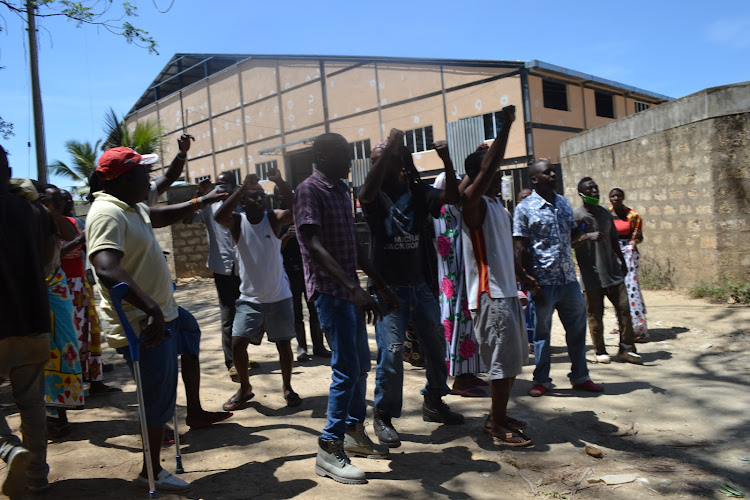 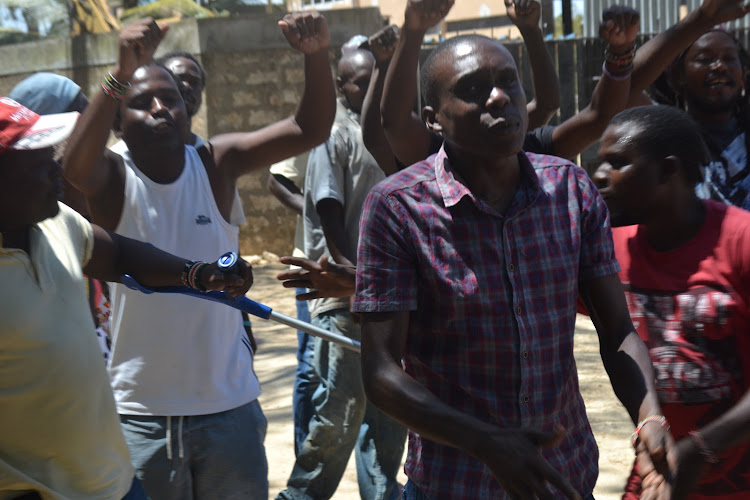 Residents of Kikambala have protested against the closure of Mzuri Sweets by the environment regulator last week.

The protestors said hundreds of residents lost jobs due to the closure of the firm.

The National Environmental Management Authority board members toured a construction site at the firm on Thursday and closed it for encroaching on a wetland.

When some of the residents turned up for work on Friday, the company bosses turned them away.

Youth leader Saidi Mwakatengo said they had taken a loan for a poultry project to supply the firm with eggs but that market has been closed. However, they need to repay the loans.

Mwakatengo said they are now stranded since the project was meant to support the six members of the group and keep them off drug abuse and crime.

He said the company would have created jobs for over 1,000 people directly.

“Why are they protecting the wetland? The swamp does not help the community with any economic activity,” he said.

Mwakatengo said Nema should provide the locals with an alternative source of income.

Mohamed Salim, 42, from Gorofani Mamba area wondered why Nema was complaining of a swamp inside a private land and that has never benefited the locals all those years.

The owner of a kiosk near the firm said the company conducted public participation with the community and the locals approved it.

“Youths are the one who will suffer most if the project is closed down completely,” he said.

He said the investor had come up with plans to mitigate floods by tapping the excess rainwater for agriculture.

Salim said his business has been hurt by the suspension of the project as most of his customers were working at the site under construction.

He urged President Uhuru Kenyatta to intervene and order the company to resume construction to create job opportunities for the locals.

Fatuma Gedi, a resident who owns a food kiosk outside the construction site said her business is not viable as the main customers were the labourers.

Gedi said she used to sell food to over 10 workers to help her feed her family.

Ramsey Mbaga, a construction worker at the Mzuri sweets firm, wondered why Nema did not stop the project at the onset.

He said over 400 people who were working at the construction site have now been rendered jobless.

“A hydrological study was carried out and recommendations were given. Nema approved the project with conditions that included backfilling and creation of an artificial wetland which was done, but we wondered why they changed their mind to stop the project,” he said.

Ong'any appealed to the government to review the decision to suspend the project and allow the investor to continue with the work.

He said the wetland has not been gazetted as it was in private land, adding that the artificial wetland which was being created was 10 bigger than the original one.

Mwalenga Mwagore, Mzuri Sweets manager in charge of manufacturing said they were surprised by Neman's change of mind after initially approving the project.