LIVES DEPEND ON IT

• Presently, more than 2,000 families at Sheep and Goats area in Ganze village within Matuga are living in fear of being evicted.

• The families live in about 8,000 acres of public land promised to be shared to indigenous communities. 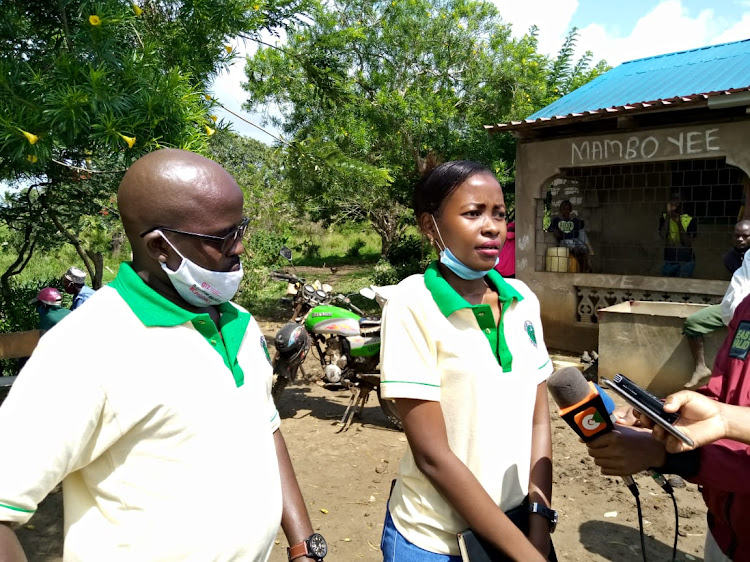 Activists in Kwale county have warned the national government and local leaders against using land wrangles to gain political mileage.

The activists alleged the government has been taking locals in circles while promising to conduct surveys and issuance of land title deeds.

Presently, more than 2,000 families at Sheep and Goats area in Ganze village within Matuga are living in fear of being evicted.

The families live in about 8,000 acres of public land promised to be shared to indigenous communities.

Led by Haki Yetu land programme officer Furaha Charo, the activists said it has been over 20 years since the Ganze villagers were promised the land by the government.

“The issue of Sheep and Goats settlement scheme has taken long to be addressed and it is so sad that politicians are using it as a political tool to garner votes from desperate locals,” Charo said.

She said it is time for the government to give clear details on the fate of the Ganze villagers on the protracted land dispute rather than using them politically.

The officer said in 2017 the complaint was taken to the Ministry of Lands but to date, the verification report has not been given back to the locals.

Charo said some people already with title deeds are claiming ownership of parcels of land that locals have settled on for years.

The activists said to avert further trouble, the ministry should redo the land survey, determine the original inhabitants and issue genuine title deeds.

“These people have stayed here for long, they have families and other individuals are slowly coming in with documents, the fear is no one is willing to be evicted by an outsider, so the government kindly do the necessary,” Charo said.

Peter Kazungu asked the National Land Commission and various Kwale leaders to join hands and end the land ownership problems in the county.

“I know elections are near, kindly leaders don’t take advantage of these people as it has been the trend,” he said.

Ganze resident Omar Mwamaisha said they are living like squatters and can’t have permanent settlement knowing that anytime the government will claim its land.

He said it would be so unlawful if people who have lived in the area since birth are not awarded title deeds and instead given to strangers.

Pofu Beja said because of lack of title deeds their lives have lagged behind in terms of development.

“We can’t access bank loans; we are always frightened because sometimes we hear people saying this land belongs to them yet we were born here,” he said.

Mwamaisha wants the government to distribute the land and issue titles as surety.

Tsimba Golini ward MCA Swalehe Simba and also a local said the ongoing problem is that the previous surveys and adjudications were hit with a lot of irregularities.