At least 150 drivers are awaiting their results.

• Ombok said there are drivers who were tested as far back as May 19 but are yet to get their results.

• Ombok said the delay in releasing the results has affected cargo intake at the Mombasa port causing congestion. 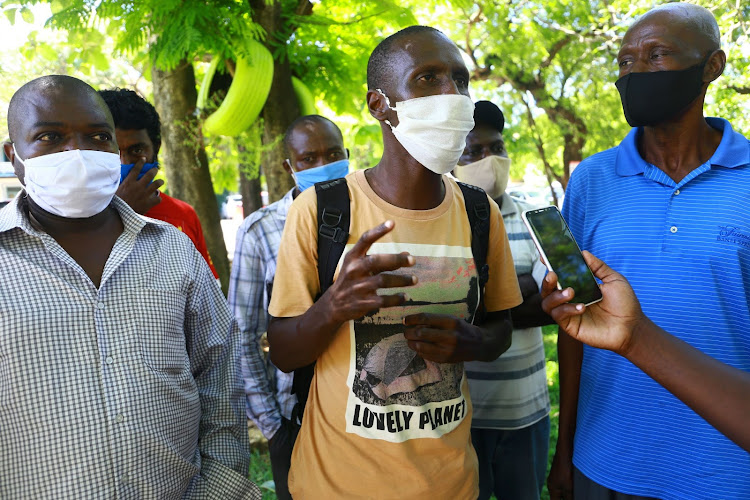 Long-distance truck drivers in Mombasa have protested the delay in releasing their Covid-19 test results — sometimes up to a week.

The drivers say they are being forced to wait for more than seven days for their results, with no clear explanation given to them.

Kenya Transporters Association CEO Dennis Ombok said there are drivers who were tested as far back as May 19 but are yet to get their results.

This means the drivers cannot do any work and thus cannot earn their wages to feed their families.

"At least 150 truck drivers are awaiting their results as we speak," Ombok said.

He spoke at a press conference at the Muslims for Human Rights clinic in Mombasa on Thursday.

Muhuri chairman Khelef Khalifa said there is a lot of confusion about the testing.

Khalifa said the testing should be streamlined and a definite source of information and results outlined.

“We have received complaints that some truck drivers who come later than others get their results earlier. This is inexplicable. Someone is playing games somewhere,” Khalifa said.

He called on the county government and the national government to ensure a speedy release of results.

Ombok said the delay in releasing the results of the truck drivers has affected cargo intake at the Mombasa port causing congestion.

“This is because the drivers cannot be allowed in the port without the certificate,” he said.

On Wednesday, about 100 truck drivers stormed the county government offices protesting the delayed release of their Covid-19 test results.

The drivers said they went for the test in Miritini on May 20 and samples were taken from them.

“We were told results will be out in 48 hours. However, seven days later we are yet to receive our results,” said Aquinas Omondi, one of the truck drivers.

“If they gave us a definitive date, we would not have wasted fares coming to town to seek the results. We could have been using the fares to buy food for our families,” Omondi said. 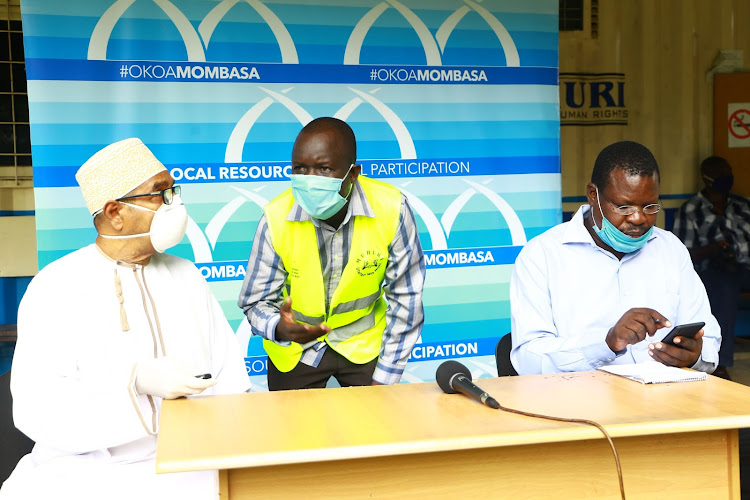 However, county public health chief officer Aisha Abubakar told the Star there is a huge backlog at the Kenya Medical Research Institute in Kilifi.

Abubakar said Kemri is overwhelmed by the number of samples taken because unlike in Nairobi, the institute does not operate 24 hours.

“They work from 8am-6.30pm. With the mass testing being conducted in Mombasa now, we take between 700 and 900 samples daily. They have capacity issues,” Abubakar said on the phone.

David Wamanyala, a unit clearing agent at a CFS in Mombasa, said he had cleared one of seven units on May 18, but these cannot be transported out of the CFS because the drivers who should transport them are yet to receive their Covid-19 certificates.

He said his test turned a failed run on May 21 and had to retake the test.

“Since then we have been taken round in circles. I have had a back and forth with my client because he wants his cargo delivered but my drivers can’t do that without the certificate,” Wamanyala said.

Abubakar said those who tested later but already got their results may have had their samples taken to Coast General Hospital for analysis.

She said Coast General testing centre is much faster and has no congestion and that is why their results may come earlier than others.

Omondi said the county on Wednesday took down their names and phone numbers promising to follow up the matter.

Post a comment
WATCH: The latest videos from the Star
by BRIAN OTIENO Correspondent, Coast Region
Coast
28 May 2020 - 22:00
Read The E-Paper