-The Chief Kadhi Ahmed Mohdhar said it is quite okay to use the alcohol-based sanitizers, consumption of alcohol is the one which is forbidden.

-Chief Kadhi advised Muslim believers to avoid being in large numbers at the Mosque. 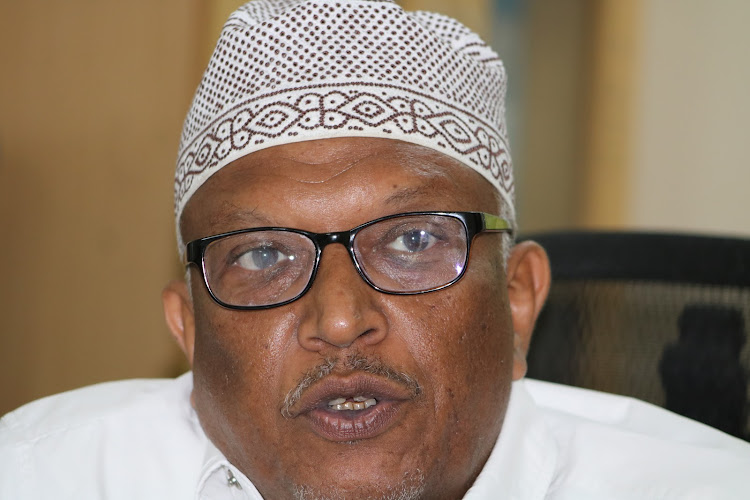 Chief Kadhi Ahmed Mohdhar has assured Muslims that it is okay to use alcohol-based hand sanitisers.

The chief kadhi was responding to the debate on whether it is okay to use the alcohol-based sanitisers with large alcohol content. Alcohol is forbidden among Muslims as they consider it haram.

“Alcohol that is being forbidden is for consumption which makes one drunk but if it is used to disinfect a wound or for cleanliness, it is quite okay,” the chief kadhi said.

ODM communications director Philip Etale had said it would be unfair for the Muslims to use the sanitisers. “My Muslim friends don’t consume alcohol at all, but we are advised to use alcohol-based hand sanitiser… isn’t this unfair to my friends?” he asked in a tweet.

Mohdhar has also advised the Muslim faithful to avoid crowding mosques, especially on Fridays when they congregate for prayers. This is due to the directive by the government to avoid congregations as a way of combating coronavirus.

“If possible, people should avoid or there shouldn’t be a huge number when the believers are going to pray."

Mohdhar, however, said some believers have not been taking this positively,  saying they go to mosques to pray.

There should be soap, plenty of water and sanitisers in mosques to ensure that the believers maintain the cleanliness of their hands, the chief kadhi said.

He noted that it is hard to control people from attending funerals but sensitisation is key to ensure that the directive to avoid funerals is considered.

“In funerals so many people attend at once. It is so hard to control but we are sensitising them that they should know that there is a risk that if one in the gathering has the virus then they are bound to infect even more than five people in the gathering so it is good to take into consideration the precautionary measures."

Mohdhar said only a few emergency cases were being attended to by kadhi’s court. “Urgent cases are being dealt with.”

The government has also asked Kenyans to avoid weddings.

The Kenya Association of Muslim Medical Professionals has recommended the suspension of congregational prayers in mosques.

"We wish to emphasise the high risk that the mosques may pose as densely populated areas, with infection risks from the sujood areas and the necessity of standing close to each other while praying as well as the challenges that may be faced in putting the above stringent measures in place," a statement by KAMMP read.

Demand for sanitisers outstrips supply in wake of coronavirus reports

Most supermarkets and pharmacies in Nairobi have run out of sanitizers as Kenya recorded two more cases of the novel coronavirus on Sunday.The few ...
Business
1 year ago
by PILI CHIMERAH Correspondent, Coast Region
Coast
18 March 2020 - 22:00