River is infested with deadly crocodiles and hippos 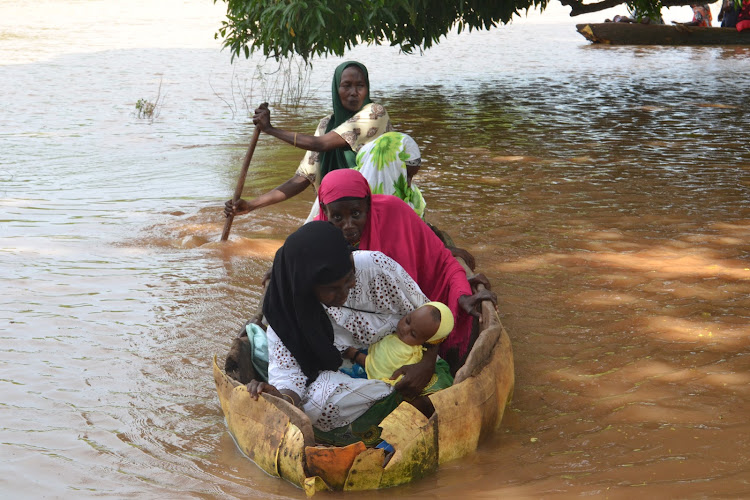 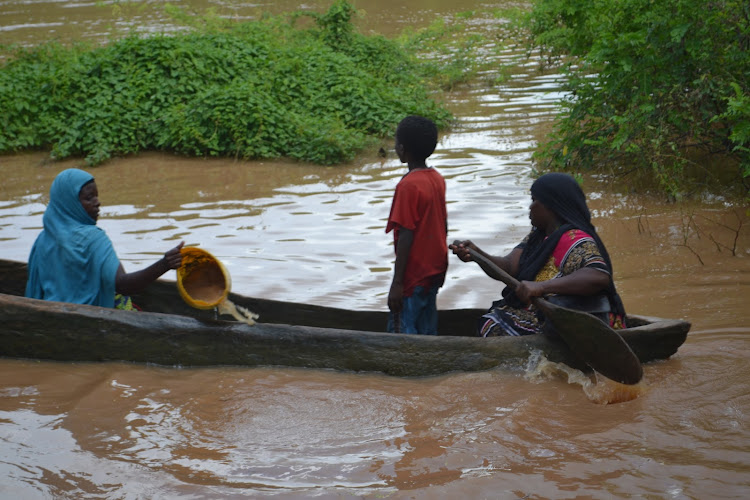 Women living in flood-prone Tana delta are using canoes in the crocodile and hippo infested River Tana to rescue children and the elderly.

Traditionally, canoe riding is regarded as a man's job especially for fishing and transport.

However, due to frequent flood disasters in the area women have been forced to take up rescue work.

Currently, more than 15,000 people have been affected by floods in  the county.

Women began learning canoeing during floods years ago when they were left alone at home and needed to cross over.

Today, it is normal to see a woman riding a canoe without fear and even carrying men on board.

Waithera Hagana Abajila is a mother of nine who is a professional canoe rider ferrying people at Handaraku channel.

Born in 1951, Abajila said she learned canoe riding four years ago to be able to cross the river without the assistance of her husband.

On the first day, her husband was not at home and floods hit the area but there was a canoe .

"I decided to ride the canoe to the safe zone and that's how I started the process. It has really helped me to move any time I want and ferry other people during times of need," she said.

Currently, the entire delta is flooded but that does not prevent her from doing her normal activities.

''I trained in canoe riding because whenever men were not at home we used to suffer during floods and even on normal days when we want to cross the river,'' she said.

Abajila said  along the river there are crocodiles, hippos and big snakes which are very dangerous.

Apart from riding the canoe, Abajila is also a good swimmer.

During floods, she said women are the most affected as they have to ensure children are safe and the elderly.

''The first time floods struck at night, women were in distress and asking for help walking in the flooded area,'' she said.

Abajila said when they reached the crossing it was difficult to cross on foot and had to try to use the canoe.

Luckily for her, the episode was successful and she has never turned back.

Jibo Dube, 52, has over 10 years experience with canoes which she started riding during floods while at home alone.

The men had gone to graze livestock when the disaster struck. Dube took the initiative and saved the lives of children.

He first trip was from Mwanja to Handaraku, a distance of about two-and-half hours by a canoe passing through a forest infested with wild animals.

"I stay in Mwanja. The school there is on the other side of the river and children have to cross the deadly river," she said.

Dube, a mother of 10,  is now training one of her daughters to ride a canoe anytime.

At one time, she recalls, her canoe was struck by a crocodile. It capsized, leading to the death of two people.

Kenya Red Cross says in the delta alone 1,220 households have been affected by the floods while in Tana North 1,200 households are affected.