Union will work closely with Coast Guard to enhance its capacity

• Programme to improve security at sea including fighting narcotics trade through the Mombasa Port.

• EU to start a new programme for Kenya focused on the blue economy. 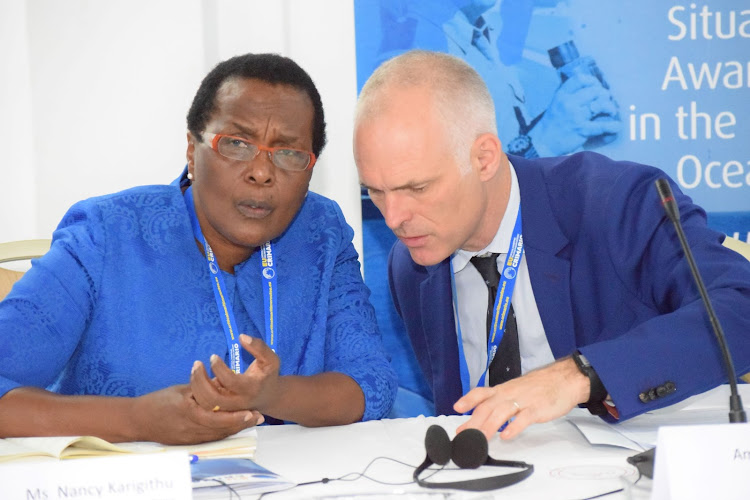 It will also help safeguard territorial waters and promote the Blue Economy.

EU envoy Simon Mordue said on Tuesday that drugs smuggling by sea, especially through the Port of Mombasa, is a major concern.

The EU is starting a Blue Economy programme for Kenya and Mordue has been discussing it with Mombasa Governor Hassan Joho.

“We want to look at the security side, working with the Kenyan Coast Guard Service to strengthen its capacity to fight against the illicit narcotics trade. We have a joint interest in this," Mordue said.

He spoke during the closing ceremony of the EU-Crimario Maritime Security meeting at the Sarova Whitesands Beach Hotel in Mombasa. Crimario stands for Critical Maritime Route Wider Indian Ocean.

The EU-Crimario 1 was a joint five-year programme involving five African nations — Kenya, Comoros, Madagascar, Seychelles and Mauritius. It aimed to enhance, mainly through intelligence-sharing, security in the Western Indian Ocean.

Phase 1 has ended. Phase 2 is about to start and will cost about Sh700 million.

On Wednesday, the delegation was to visit the Joint Operations Centre (JOC) at the Mombasa Port where the Automatic Identification of Ships service will be launched.

The JOC is a consolidation of different expertise to help in intelligence sharing and improving  security at sea.

She said the launch of the AIS service at the port will improve security.

“It will be able to determine which vessel carries what goods from where to where. It gives the vessel’s history at the operations room so intervention is quick and effective,” Karigithu said.

“JOC enables direct intervention and interdiction of the crimes as there is no Blue Economy if there is no maritime security.”

Mordue said a lot of the heroin sold in the EU transits in one form or another through the Mombasa Port.

“My message to the smugglers out there is together and with hard work, we are going to be looking to disrupt your business model and go after you,” Mordue said.

The envoy said the EU will work more closely with the Coast Guard to enhance its capacity.

“The KCGS obviously needs more vessels so we are looking at that as well."

The EU aims to enhance the security cooperation between the union and Kenya, he said. "This will entail enhancing the security relationship between Europol, a collection of all European police agencies and intelligence gathering forums, and Kenya."

“Many of the criminal networks are working fairly efficiently in a cross-boundary and cross-border context and it is important that we are able to respond in a similarly efficient way."