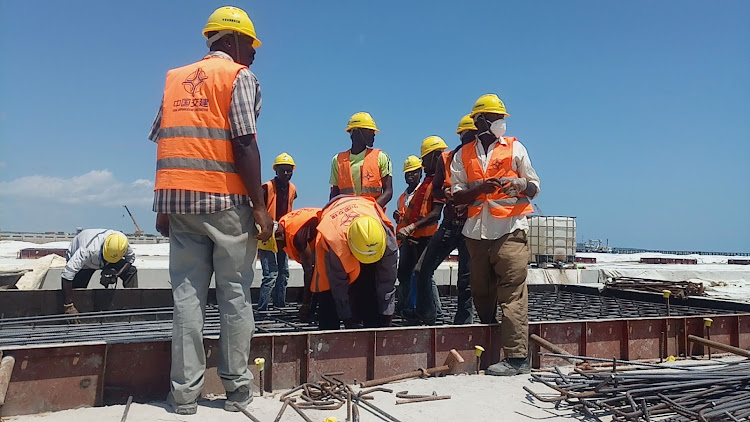 But some residents whose lands were acquired for the project are unhappy because they are yet to receive a penny in compensation.

The entire project has taken up a total of 70,000 acres of land in the county.

Residents complain that their land was taken without their knowledge and their efforts to seek compensation have been futile.

In 2015,the national government released Sh1.3 billion to the National Land Commission to pay 140 persons whose land had been taken for the project.

Locals however insist they were duped as what they were paid for isn’t what was actually acquired.

Abdulrahman Aboud, who is among those crying for justice, says the Lapsset Corridor Development Authority impoverished the residents by grabbing their land without due process.

He said many of the landowners are opposed to the acquisition of the 70,000 acres as the process was marred with irregularities.

“We hoped the Lapsset would change our lives for the better but look at us now. We are so miserable because of the project. Not all affected persons were compensated and, worst of all, the land they took was more than we had agreed. We need justice,” Aboud said.

Efforts to reach LCDA director general Silvester Kasuku to respond to the complaints were futile as his phone went unanswered.

Khatib accused the NLC and LCDA of duping them. He wants the title deed issued for the 70,000 acres belonging to Lapsset cancelled.

He called on the Ethics and Anti-Corruption Commission to probe the matter.

At a meeting chaired by the NLC chair Muhammed Swazuri in May 2016, it was decided that of the 70,000 acres of Lapsset land, only 32,500 acres would be compensated after it was established that the rest of the land was under water (part of the Indian Ocean).

The meeting resolved that the interests of all stakeholders including the county government of Lamu, local communities, KPA, NLC and the Lapsset Corridor Development Authority shall be adequately catered for.

But the county government has complained of not being fully involved in the project.

The meeting had been convened to discuss the acquisition of the controversial 70,000 acres but the leaders accused the government of reneging on a promise to involve locals before making decisions.