It wants the companies of the vehicles involved to foot the entire hospital bill of the baby’s mother, who is still admitted in critical condition 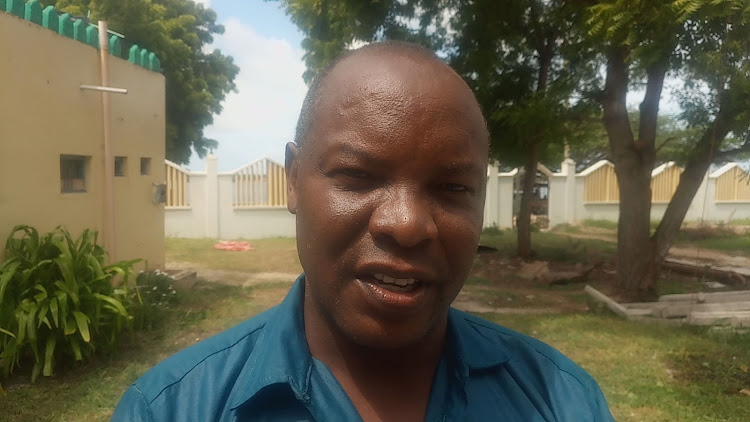 A Lamu family is seeking justice and compensation following the death of their baby in a road accident in Lamu last week.

Three-week-old Princess Nyokabi Kamau died when the Mombasa-bound bus she had boarded with her mother rammed into a lorry transporting construction materials at Hindi on the Lamu-Garsen Road on Wednesday morning.

The baby died on the spot while ten people, including her mother, were critically wounded. They are still admitted at the Lamu King Fahad Hospital in Lamu Island.

The baby’s mother, a nurse, had just stayed in Lamu for three weeks after being deployed to the hospital.

The family now wants the bus company and that of the lorry to compensate them for the death of the baby.

Family spokesperson Kamau Njoroge said the untimely death of the infant was a blow to the parents and the entire family.

Speaking at the King Fahad Hospital on Sunday, Njoroge–who is also the baby’s grandfather–said he wants the two companies to not only own up to their share of responsibility in the accident and pay up, but also face prosecution.

The family also wants the two companies to foot the entire bill of the baby’s mother who is still admitted in critical condition.

“We were all looking forward to her growing up. She was my son’s second child and so you can imagine our pain. The least the vehicles involved can do is compensate us and pay the medical bill for my son’s wife,” Njoroge said.

The baby’s father, Evans Kamau, says all they seek is justice as life hasn’t been the same since the accident.

“I was already attached to her and we had such a special bond. Now I'm broken. My prayer is that justice will be served for my baby,” Kamau said.

Meanwhile, road users plying the Lamu-Garsen Road have asked traffic police to look speeding among the majority of drivers on the route.

There has been an increase in road accidents the majority of which have been credited to speeding and dangerous driving.

Residents have also called for the completion of the road whose construction is ongoing.

In the last two years over 30 people have died along the stretch.
News
1 year ago
STAR COMMUNITY POLICY AND PARTICIPATION GUIDELINES
by CHETI PRAXIDES Correspondent,Coast Region.
Coast
12 August 2019 - 00:00