Insect protein plant to be built in Kilifi 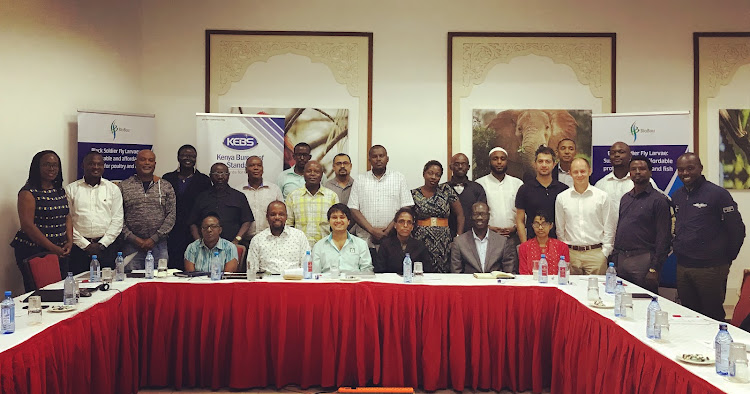 An innovative project to introduce insect protein for animal feed into the East African market is under way in Kilifi county.

The plant will produce insect protein as well as fertilizer by converting organic waste using the larvae of the black soldier fly.

The three-year project’s stakeholders led by BioBuu Kenya held a meeting in Mombasa on Thursday to discuss their roles.

BioBuu’s commercial director Mathew Haden told the Star a site has already been identified and environmental impact assessment for the project is currently under way.

“The equipment is en route and will be arriving around October and we hope to launch the plant in November this year,” he said.

“Black soldier flies are native to Kenya. They already exist locally and are used to eat large amounts of waste then they are dried to make high protein feed for poultry and fish,” Haden said.

The larvae eat almost anything organic.

“On its 14-day journey from hatching to pupa, a single larvae will grow nearly an inch long and increase its weight by a factor of 10,000. That is akin to an eight-pound baby swelling to the size of a 40-ton humpback whale. Once processed, larvae can be up to 60 per cent protein,” Haden said.

He said the project is sustainable as it deals with the challenge of waste disposal as well as producing animal feed without using large tracts of land as is the case with soya. It also replaces fishmeal as animal feed.

The project’s factsheet indicates that a single acre of black soldier fly larvae can produce more protein than 3,000 acres of cattle or 130 acres of soybeans.

It further points to a 2011 UN report which detailed how rotting food emits millions of tons of carbon dioxide into the atmosphere, accounting for about seven per cent of the world’s greenhouse gas emissions.

When maggots consume food waste, they take all the carbon with them.

The project is the winner of the BioInnovate Africa programme funded by the Swedish Development Agency at a cost of Ksh 75 million and managed through the International Centre of Insect Physiology and Ecology (Icipe).