DeCOALize had taken the National Environment Management Authority to court, linking the project to water, air and land to pollution.

• The lobbyists asked the Chinese company to consider investing the money allocated to the project to other forms of renewable energy.

• The project is not a government-to-government investment but rather a private investment protected under the principle of free market. 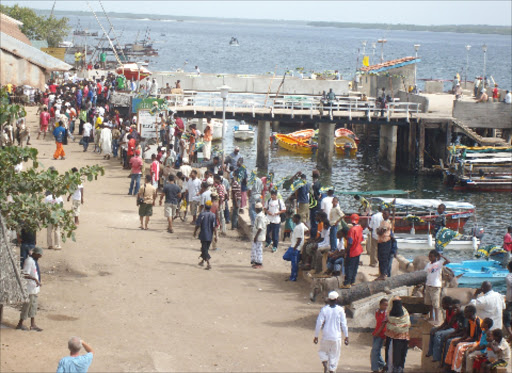 China has said it is ready to pull out of the controversial Lamu coal power project.

Chinese ambassador to Kenya Wu Peng yesterday took a soft stance saying the country was ready to talk the private investor, PowerChina, out of the project, should the government dim it unfit.

Wu Peng defended Chinese activities in the country, among them the Lamu Coal Plant, saying they were mutually agreed on by the two countries.

He noted they should not be confused for colonisers but trade partners.

"Kenya is Kenyans' country not the Chinese... We are guests and you (Kenyans) the host. What we can do in a sovereign state like Kenya is only under your request. What we do has to be allowed by your country, your people," Wu Peng yesterday said.

Wu Peng was speaking yesterday in Nairobi where he met a lobby group leading protest against the construction of the Coal Plant.

The lobby group, DeCOALize had taken the National Environment Management Authrity to court, linking the project to water, air and land to pollution.

The National Environmental Tribunal found that Nema had failed to inform the public about the likely health effects of the effluence emitted.

In yesterday's meeting, the group has asked the Chinese company to consider investing the money allocated to the project to other forms of renewable energy.

The option including geothermal, solar and wind power.

However, Wu Peng insists that despite the project being funded by the ICPC bank from China it is not a government-to-government investment but rather a private investment protected under the principle of free market.

"You know the problem is who represents your people. As a country, how do we engage bilaterally? We cannot talk to each individual person. It is impossible. You have about 50 million people but you have one administration elected by your people. That is the only way as government to government," he said.

Moving forward, the Chinese ambassador notes need to develop a different approach that will see the public voice heard before approval of Chinese projects.

"So please understand our position, we are not colonists like some countries did in history. We respect your country, we are allowed by your administration, if anyone goes against the set standards you can depot them. We are in agreement. In the United Nations agreement, each country is equal and whether big or small, we follow this diplomatic principle strictly," he said.

The lobbyists warn that construction of the 1,050 MW coal-fired plant near Lamu - a 14th Century idyllic tourist spot - would put its protected status at risk and ruin livelihoods of the locals.

Lamu remains one and the oldest of the six world heritage sites in Kenya.

The firm was expected to build the proposed 1050 MW coal plant in Kwasasi, Lamu.
News
3 years ago