State to set up Sh1bn mariculture centre in Kwale

• The centre, being constructed on 2.5 acres next to the Indian Ocean, is partly funded by the Kenyan government and the World Bank

• It will also have modern fishing and breeding equipment and offer training to local fishermen. 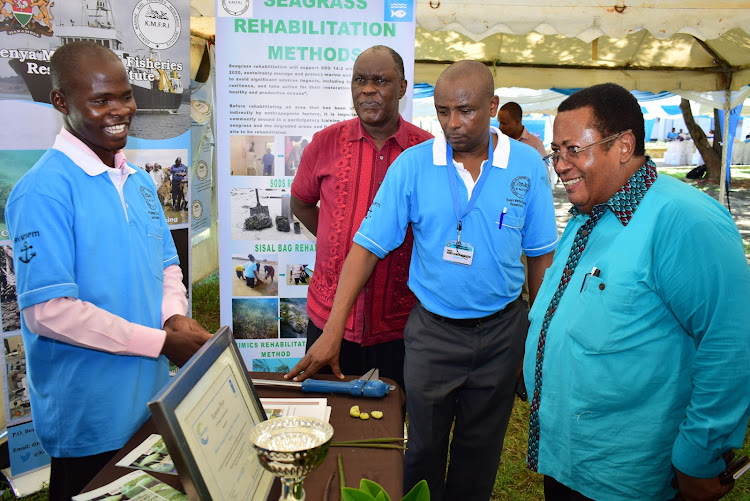 The government is putting up a Sh1 billion state-of-the-art Mariculture Centre in Shimoni, Kwale, the Kenya Marine and Fisheries Institute said on Thursday.

Mariculture is a specialised branch of aquaculture involving the cultivation of marine organisms for food and other products in the open ocean. It can also be done in an enclosed section of the ocean, or in tanks, ponds or raceways filled with seawater.

KEMFRI director James Njiru said the government has invested Sh1 billion in the last three financial years for the establishment of the centre at the Coast.

Speaking during the KEMFRI Utafiti Open Day in Mombasa, Njiru said the Shimoni centre will have modern laboratories, administration blocks and accommodation blocks for scientists.

It will also have modern fishing and breeding equipment and offer training to local fishermen.

“We are today handing over the site to the contractor to begin construction of the Mariculture centre in Shimoni. We are going to have laboratories, administration and accommodation blocks at that site. We are hoping the work will be completed within the next 12 months,” Njiru said.

The centre, which is being constructed on 2.5 acres next to the Indian Ocean, is partly funded by the Kenyan government and the World Bank.

KEMFRI board chairperson John Mumba said the project is part of President Uhuru Kenyatta’s agenda to revive the Blue Economy projects that have collapsed.

He said the first Mariculture centre was built in Ngomeni, Malindi, in the 1970s, but the project collapsed and the land was taken over by salt mining companies.

“We used to have a similar project for prawn breeding in Ngomeni, Malindi, but so many things happened and the land is now being used by salt mining companies. However, we are now going to put up another multi-billion project, where we will be breeding all kind of fish,” Mumba said.

The KEMFRI chairperson said the centre will also be used to research of fish species.

“We are going to research and monitor on fish breeding grounds. We want to know how best we can help our farmers and fishermen to breed fish that will compete in the world markets,” he said.

He said Kenya has aquaculture centres in various regions.

“We only have such centres in Sagana, Kisumu and other areas, but the coast region, which has the biggest water body, has been forgotten for years,” he said.