The organisers have invited diplomats and all the country's 47 governors 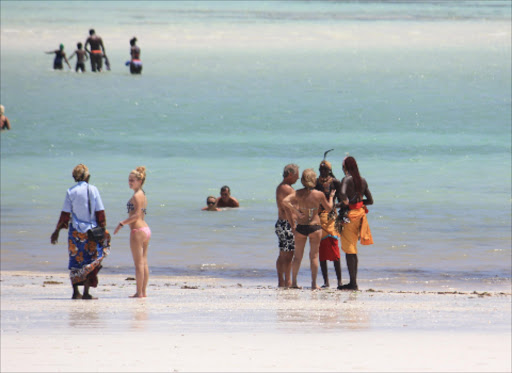 Tourists at a beach
Image: FILE

More than 10,000 tourists are expected in Malindi for this year’s Easter festival at Ocean Beach resort.

Celebrated Tanzanian artist Omar Mbosso is expected to lead the performance during the festival.

The organisers expect all the country's 47 governors and diplomats to attend, according to Nick Angore, a director of Boulevards Budhas Lounge.

They have signed a two-year contract with Stevkaf Limited, an established events organiser in East Africa, to spearhead to the programmes and bring in celebrity artists.

Angore said Mbosso will showcase his talent for emulation by local artists.

“If Omar Mbosso comes, youth in Kilifi county will learn from somebody who has been successful,’’ he said.

Events consultant Samuel Kisandu said Malindi will, in the next one year, be hosting major events.

“For a long time, we have never had cultural events in Malindi. Now we plan to bring on board great musicians including Alicia Keys in the near future,’’ he said.

Habiba Abdulrahman, the festival marketing manager, said the event will be a catalyst for the revival of the tourism sector.

“Malindi, for a long time, has been low on tourism. Hosting a famous artist like Mbosso will attract tourists and all accommodation facilities and hotels will be full,’’ she said.

This year Easter holiday bookings are at about 90 per cent.
Business
3 years ago
Post a comment
WATCH: The latest videos from the Star
by ALPHONCE GARI Correspondent, Coast Region
Coast
18 April 2019 - 00:00
Read The E-Paper