Only about 80,796 growers had registered by Wednesday despite rigorous awareness campaign 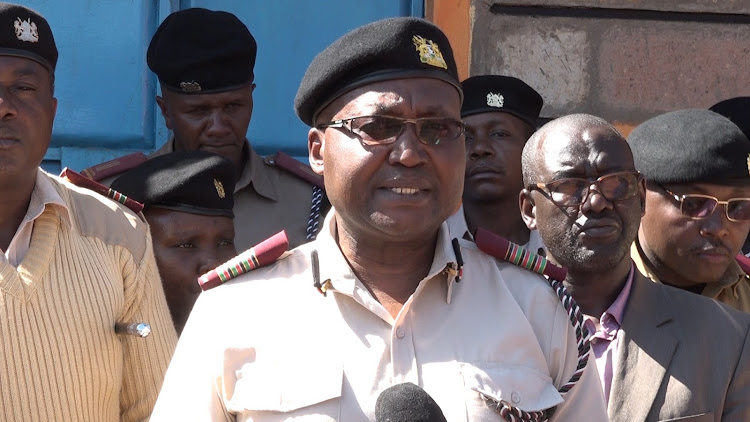 A large number of farmers from Murang’a county have kept off the registration exercise that is being conducted to help the government implement the fertiliser subsidy programme.

Only about 80,796 farmers had registered by Wednesday despite rigorous awareness campaign being undertaken by administrators in all parts of the county.

The targeted number, according to county commissioner Karuku Ngumo, was 231, 171 with the exercise that started on January 7 expected to end on January 15.

The main challenge, he said, is with tea and coffee farmers who already access fertilisers through either coffee co-operative societies or tea factories.

The farmers have said their current outfits provide farm inputs in credit which makes it easier for them to pay for them.

“The farmers have been saying that they do not have the money to buy the subsidised fertiliser and would rather continue getting it from their co-operatives and factories,” the county commissioner said.

Another section of farmers said they do not see the need to register for the subsidy programme if the inputs will not be free.

This has tasked administrators with the role of explaining to them the benefits they stand to accrue from the programme and the need to register before the registration period lapses.

Others, Karuku said, are uncomfortable sharing information about their farms which is required during the registration.

“Some of them are uncomfortable with the information being collected, especially on the acreage of their farms but I assure them that it will be kept safe and is for their interests,” the county commissioner said.

The registration is being done by chiefs and their assistants and the administrator has appealed to residents to cooperate with them.

He underscored the need for farmers to provide factual information in order to ensure they receive sufficient inputs from the government.

The exercise, Karuku said, will ensure the government gets the information needed to provide farmers with inputs in the future.

He asked farmers to take advantage of the few remaining days to register with their local chiefs or liaise with their village elders who are also helping with the exercise.

Murang’a South subcounty that is largely semi-arid and majors in subsistence farming of food crops is leading after registering 15, 304 farmers.

Kangema subcounty that is agriculturally very productive and practises both coffee and tea farming is last among the eight subcounties with 4,979 registrations.

Nationally, the exercise is expected to be concluded on January 17, with the flagging off of national fertiliser distribution by President William Ruto in Trans Nzoia county.

2m farmers to be registered for subsidised fertiliser e-vouchers