Ng’ang’a made a comeback after garnering 59,575 votes on a UDA ticket.

•Wanjiku who was defending her seat on a Jubilee party ticket was floored by independent candidate Elijah Njoroge alias Kururia. 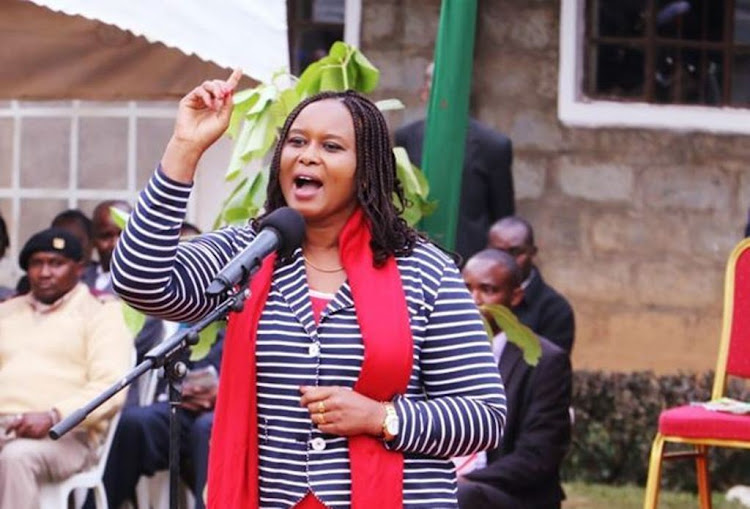 Ann Wanjiku Kibe, the first woman to become an elected Member of Parliament in Gatundu North, Kiambu County, has lost her seat in the just concluded general elections.

Wanjiku who was defending her seat on a Jubilee party ticket was floored by independent candidate Elijah Njoroge alias Kururia.

She won the seat in 2017 after garnering 39,447 votes beating his fiercest political rivals and former MPs Clement Kung’u Waibara who got 9,313 votes and Kigo Njenga who had 8,124 votes.

In Tuesday’s polls, some 16 men had lined up fighting to dislodge her from the seat. Some of them include Kigo, Waibara, Njoroge, Prof Ndung’u Ikenye, Harun Gatarwa, Paul Mugo, Mathew Mukuha, John Mariga, Kihu Mose among others.

Wanjiku despite putting up spirited efforts to retain her seat was knocked off by Njoroge, a businessman and former Bishara Ward MCA in the Ruiru constituency.

He is also the former Jubilee Party Chairman in Kiambu County.

However, she had raised concerns over massive voter bribery and especially in areas that were deemed as her strongholds during the voting exercise on Tuesday.

She also complained of election irregularities including stuffing of pre-marked ballot papers in several polling stations.

“Also my agents were denied access to information by the IEBC officials. We were demanding answers as to why the results were not displayed for everyone to see and verify as it is required. This entire exercise is twisted to favour a certain candidate,” Wanjiku said at St Francis Girls High School, the constituency’s tallying centre.

“We've continued to highlight some very solid bribery, electoral malpractices, lack of transparency and unfairness in the manner in which the election was conducted but our complaints fell on deaf ears.”

She however gave up and conceded saying that she will still continue serving Gatundu North residents but in a different capacity.

“A big thank you to the over 12,000 voters who believed in our transformation agenda and who loudly made their voice heard at the ballot by electing me. You are truly my heroes and history will surely judge you kindly. May God bless you and I promise to continue serving you where I can in a different capacity,” she wrote on her Facebook page. 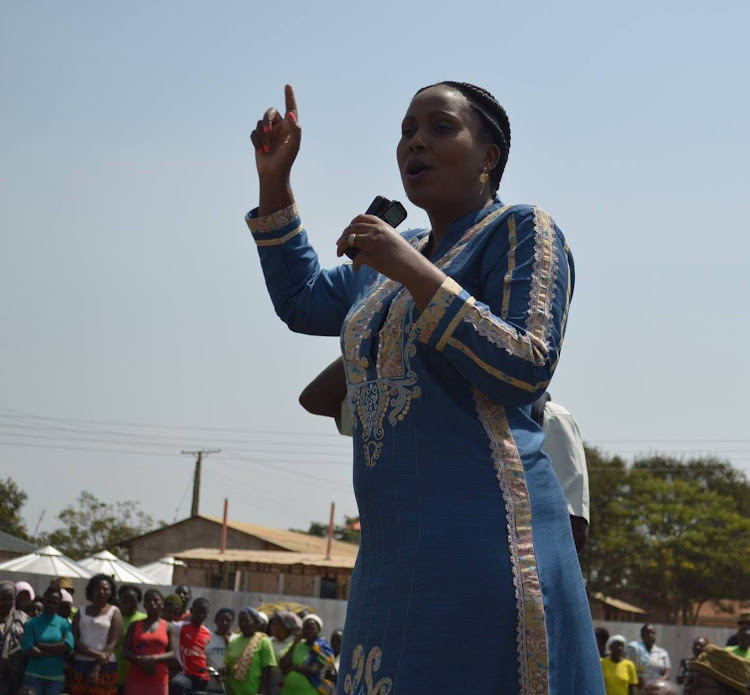 On the other hand, Njoroge after receiving the certificate from Gatundu North Returning Officer Andrew Njoroge said that he will work together with leaders to prosper developments in the region.

“The people have spoken and expressed their will. I gladly accept to be the Member of Parliament and I will do my level best to bring much-needed developments like roads and water in this region,” he said.

Ng’ang’a who was ousted by the outgoing MP Patrick Wainaina alias Wajungle in 2017 hailed Thika residents for believing in her and voting her back saying that she will now execute her plan of bettering the lives of the Thika people by lobbying for development projects.

She also noted that she will be at the forefront in initiating the process of bringing back the CDF  kitty that was declared illegal by the Supreme Court last week.

“The CDF kitty has done numerous and life-changing projects across the country and we will seek ways to have it back because it’s very imperative in development as well as education at the constituency level,” she said.

In Ruiru, MP Simon King’ara successfully defended his seat on a UDA ticket after polling 68,784 votes against Jubilee’s Esther Gathogo who got 27,583 votes.

In Juja, MP George Koimburi managed to retain his seat after garnering 39,413 votes beating his closest rival Aloise Kinyanjui of Jubilee who got 30,799 votes.

He said that the process has been very shoddy and the process was marred by irregularities.
Counties
1 month ago