After polls you'll be seeking my advice, Kega tells Gachagua 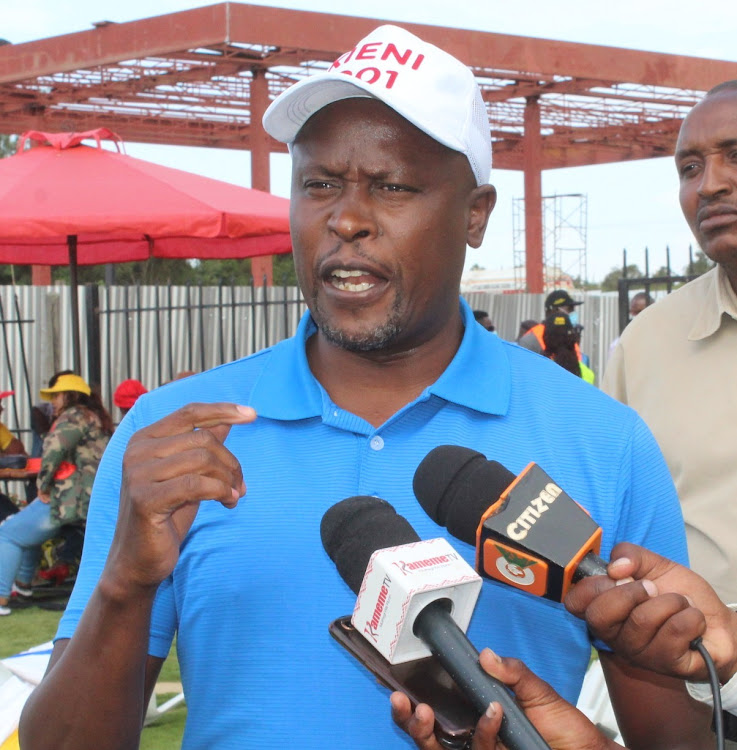 Kieni MP Kanini Kega believes Rigathi Gachagua will be pushing his agenda in government and Parliament through him after losing in the 9 August election.

This comes as the two politicians continue to fire political missiles at each other.

While Kega is the Jubilee Party director of election, Gachagua, who is the outgoing Mathira MP, is the United Democratic Alliance presidential running mate.

“Rigathi Gahagua as you continue hurling insults at me, remember from  August 10, 2022, you will be seeking my advice and interventions...” Kega wrote on his Facebook account on Tuesday.

Speaking at Kiambogo in Mugunda ward, Kieni constituency, on Tuesday, Kega said he was basing his arguments on the fact that Deputy President William Ruto and Gachagua will lose the election based on opinion polls.

He later posted several poll results by some research companies that showed Raila ahead of Ruto.

Kega reiterated he was sure the people of Kieni will give him a chance to serve them for a third term in the 13th Parliament. 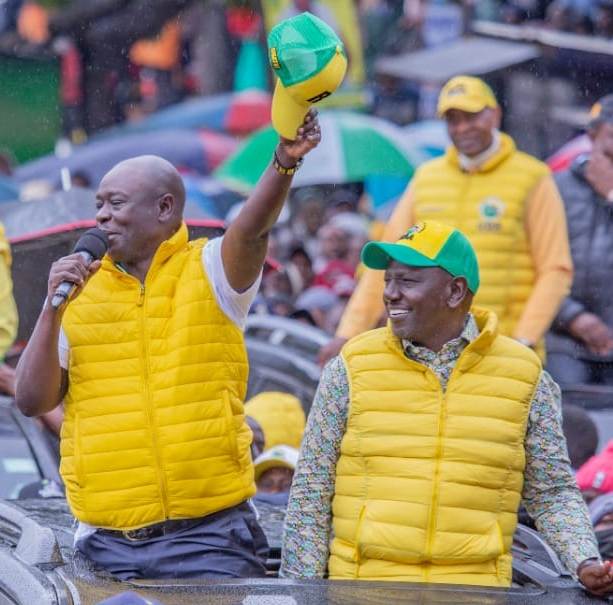 The Kieni legislator said, though Azimio la Umoja presidential candidate Raila Odinga and Ruto have their own shortcomings, the ODM chief would make a better president than Ruto.

He said Gachagua was fighting him for standing with the community and following President Uhuru Kenyatta’s advice to support Raila.

“Ruto and Rigathi were in Naromoru today (Tuesday), where they were campaigning against me and insulting me. But I would like to tell them that Kieni people are intelligent and they know what is good for them,” he said.

Kega said unlike Mathira, Kieni people will not be electing a new MP every term, saying changing MPs after every five years stalls development in constituencies.

He said the route Gachagua was taking to campaign against him was meant to ensure Kieni stalls in terms of development.

The lawmaker played an audio whose voice he claimed was Gachagua’s claiming, despite Kega having done more than 400km of roads, he will ensure his people will send him home.

“His people should tell him that the people of Kieni will elect me because I have worked for them, built roads and connected homes with electricity and I plan to do more,” Kega said.

He said when he was first elected as Kieni MP, only 16 per cent of the homesteads were connected to electricity, but today the same has risen to 66 per cent and only 34 per cent is remaining. 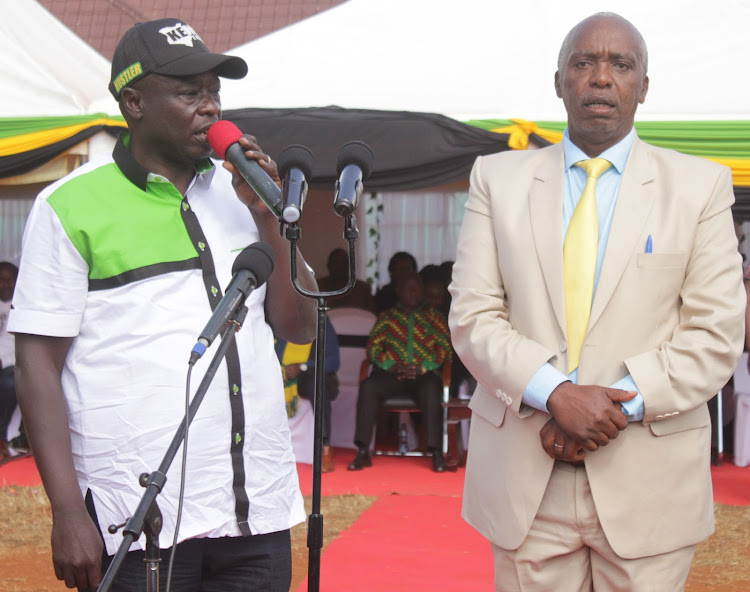 The remaining homesteads, he said, will be connected in his third term.

The two have been engaged in a war of words, with Kega recently saying he was aware Gachagua had vowed to launch an onslaught against him.

Gachagua has in the past one week made two visits to Kieni and convened a meeting with Kieni grassroots leaders at the UDA secretariat in Nyeri, town where he cautioned residents against re-electing Kega.

He told them Kenya Kwanza will win in the presidential polls and they risked being in the opposition, and so they should elect Kieni UDA candidate Njoroge Wainaina.

The outgoing MP also said, out of all politicians in Nyeri county, only Kega was opposed to his picking as DP Ruto’s running mate.

Kanini Kega blames Gachagua after his billboard was destroyed

"Kanini's name is engraved in my people's hearts, not Billboards! Defacing my Billboards won't help you."
News
2 weeks ago

I'll be Parliament and you'll be in opposition, Kega tells Gachagua

Mathira MP says constituency risks being in opposition if they re-elect the legislator
Counties
3 weeks ago
by EUTYCAS MUCHIRI Correspondent, Nyeri
Central
03 August 2022 - 22:00