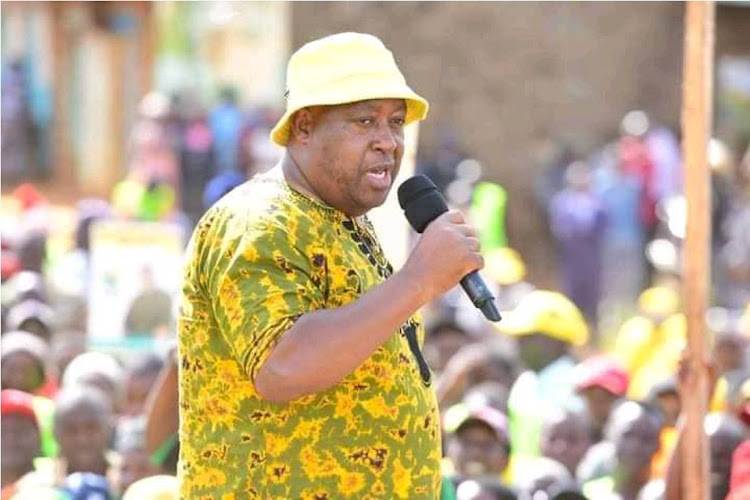 Deputy President William Ruto’s UDA party has laid a strategy to ensure that over 99 per cent of registered voters will participate in the August 9 elections.

The party aims at dealing with the information going round that Mt Kenya registered voters might not turn out in large numbers to participate in the general election.

However, UDA Lari parliamentary candidate Mburu Kahangara said if the region will ignore voting, then its strength will not be felt.

Kahangara said that since residents already know the candidates and their parties, the remaining time will be utilised to convince them that participating in the election will determine the type of government and leaders they will have for the next five years.

“We have laid a strategy of meeting the electorates where they are. We are doing door to door campaigns, meeting groups and other forms of gatherings. We want to ensure over 99 per cent of them have participated in the elections,” he said.

Kahangara spoke on Tuesday at Uplands where he met a group of residents and convinced them on the need to participate in the election.

Mbiyu wa Njenga, a politician, says since there was no strong presidential candidate from Mt Kenya region, residents might not take the election seriously and may fail to come out in large numbers.

Kahangara urged residents to vote for a party with a presidential candidate so as to form a strong government.

“A president needs MPs so that he can have a strong legislature. Consider voting for the DP as the next president, since his party is all over the country even if it has other parties supporting it” he said.

The candidate also rubbished the move by the government to lower the price of maize flour until after the elections.

“The move to lower the price of maize flour until after the election is political so that people can vote for the government’s preferred candidate who is Raila Odinga and people will not go that direction” he said.

Raila, who is running on Azimio la Umoja coalition, is competing with Ruto among other presidential aspirants.

Says even with naming of Martha Karua as Raila's running mate, region is solidly in UDA.
Counties
5 months ago

Voting was scheduled to commence at 6 am but by 8 am but most of the polling stations had not begun any activity
Counties
7 months ago
Post a comment
WATCH: The latest videos from the Star
by GEORGE MUGO Correspondent
Central
19 July 2022 - 23:00
Read The E-Paper