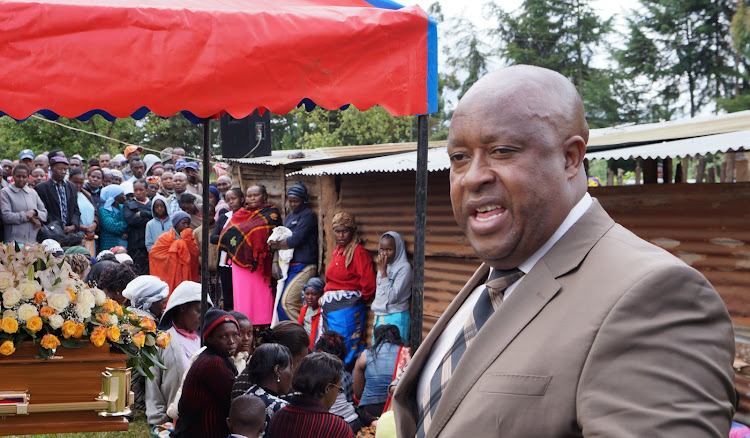 Kahangara said it will be futile giving Deputy President William Ruto the presidency yet he lacks enough MPs in the Parliament to realise his bottom-up economic model.

He spoke at the funeral of Elizabeth Wambui Muriu at Nyambare village on Monday.

"A pastor from an evangelical church cannot hold a meeting and call men from other denominations and expect to excel. It cannot be possible" he said.

The former legislator urged residents to vote for all UDA candidates in the August polls.

"If we really want the DP to succeed President Uhuru Kenyatta let us all accept to vote for all UDA candidates in all seats so that his government can be stronger," he said.

Others were Kariuki Mungai, MCA candidate for Tujibebe Party.

However, the independent candidates urged voters to vote for personalities and not for parties.

"The days when Raila was not getting massive support in Mt Kenya are gone. Today, his support and popularity is rising and we are certain he will form the next government," he said.

Kenya Kwanza supporters said to have roughed up backers of MP Chepkut.
Counties
4 months ago