Plan unveiled for world to end TB by 2030

The only TB vaccine currently available is the BCG vaccine, which was approved more than a century ago 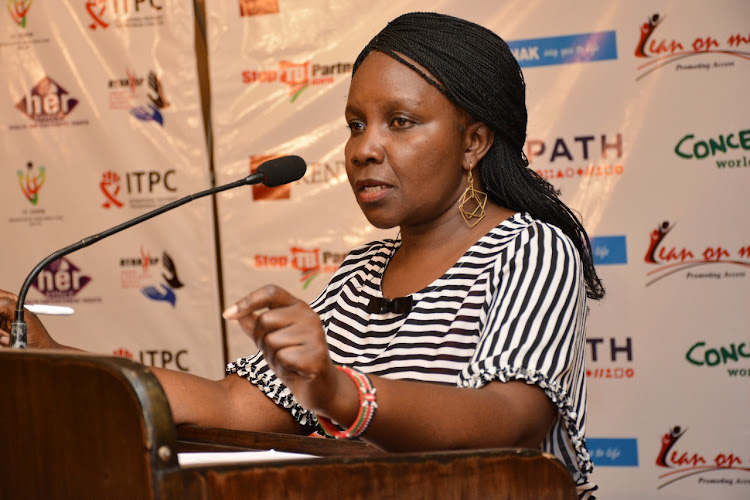 The Stop TB Partnership has unveiled a costed plan for the world to end tuberculosis, the second leading infectious disease killer after Covid-19.

The Global Plan to end TB 2023-2030 outlines the priority actions and estimated financial resources needed to end the disease as a global health threat by 2030.

It also lays out how, from now up to 2030, a global investment of $250 (Sh29.5 trillion) could save millions of lives through early diagnosis and treatment.

The total amount of funding needed to support Global Plan's ambitions is the equivalent of every person in the world donating $4 (Sh472) per year for the next seven years.

Speaking during a press briefing held virtually, Stop TB Partnership executive director Dr Lucica Ditiu said TB afflicts 10 million people every year, claiming one and a half million lives, and yet the global response has been lukewarm.

“TB remains neglected, even though it is a health threat for every single person. It is in the interest of all of us to end TB,” she said.

According to Dr Ditiu, the organisation highlights the need to invest in a new TB vaccine, approve it by 2025, and make sure that resources are available so that it can reach adults and adolescents in countries where TB is most prevalent.

The only TB vaccine currently available is the BCG vaccine, which was approved more than a century ago and has a very limited impact on disease prevention.

"The proposed investment of Sh118 billion ($10 billion) in new TB vaccines, a new tool we all are waiting for, is 10 times less than what was injected in the research and development for Covid-19 vaccines. It should be possible to have the TB vaccine,” Dr Ditiu said.

From Covid-19 to any number of crises, including needless wars, mass migrations, famines and other natural disasters, the executive director said that the global community has a long list of excuses for letting TB linger.

"Today, the Global Plan outlines how we can end the disease: invest in the science and make sure everyone can access the results, especially those from impoverished regions where TB is most entrenched.

“I am optimistic that the war against tuberculosis will finally be won by 2030. A lot of optimism comes from what we have seen happening during Covid and thus it is possible to mobilise the resources," Dr Ditiu said.

Dr Paula Fujiwara, who led the task force in charge of the development of the Global Plan, said with attention diverted along with the absence of financial commitments, TB has strengthened its grip on the planet.

“We can regain control and meet our commitments to end TB by 2030 as long as we assert our political will now. It is possible to reduce annual TB deaths by 90 per cent and treat 50 million people with tuberculosis, including children and those with drug resistant tuberculosis by 2030,” she said.

Dr Fujiwara said the Global Plan gives all momentum as we move forward to the next UN high level meeting in 2030 and look to reach the Sustainable Development Goals.

“We urgently need increased investments actions to get the response back on track to save lives and reach the global TB targets set in the strategy,” she said.

Dr Kasaeva added that, despite the challenges, out of six high-burden countries who managed to reach End TB strategy milestones, five are from the African region.

Kenya is among countries that have carried out a TB costs survey showing that households of people infected with TB are spending more than 50 per cent of their income on TB-related costs and this is well above the marker of 20 per cent.

In recent years, Kenya is one of six countries in Africa that have made significant progress between 2015 and 2019 by reducing TB deaths by more than 30 per cent and also new TB cases by 20 per cent

Paul Mahanna, director, Office of Infectious Diseases, USAID, Bureau for Global Health, said that there is no way to drive change without addressing the significant funding gaps that exist within high TB burden countries.

He said funding gaps result in lack of access to life saving services and drive individuals, families and communities further into poverty.

Between 2023 and 2030, the global plan calls for the mobilisation of $249.98 billion, diversifying the sources of financing from domestic budgets of governments, external donors, development banks, social health insurance, philanthropy, the private sector and innovative sources of financing.

At least 60,000 Kenyans will be tested using a new technology in the first-ever post-independence tuberculosis survey, the Health ministry has said. ...
News
7 years ago