She says party was founded on strong ideologies which have lasted since the late 1990s. 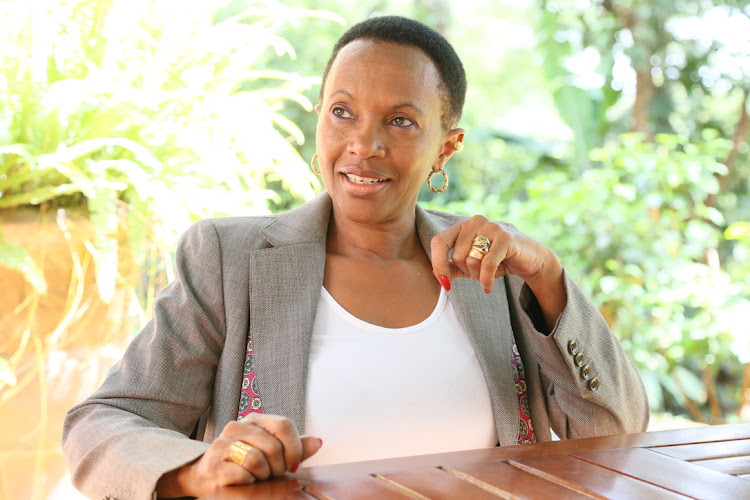 Gatabaki said her husband, David Ndii, a renowned economist and the author of UDA's bottom-up economic model, believes Kiambu is a wealthy county and hence the ideology would not fit there.

She added that she was drawn to Safina asthe party was founded on strong ideologies that have lasted since the late 1990s.

Gatabaki said her husband "works with the political side that he thinks has a genuine interest in developing the country and providing quality of life to the people of Kenya."

She said her relationship with her husband, who is now a close ally to Ruto, has always been cordial and founded in friendship.

"He is more than a husband to me. He is the wind beneath my wings, he is my biggest critic, a fan and supporter and has given me his blessings. We talk politics at home and my daughter has gotten used to it.

“Ndii and I are the proverbial political animals. We believe we have a role to play in the development of the socioeconomic and political arena.

"Often, we are aligned on the choices we make, especially on serious issues affecting the country. However, we can agree to disagree on minor issues,” she said.

Gatabaki also said Safina is the only party that was formed out of Mwangaza Trust, which still has the ‘trust deed’.

She said  people were tense when she joined Safina because many thought she would either join UDA or Jubilee.

MP Wainaina to run for Kiambu governor as independent

He accused organisers of rigging him out by omitting his nickname 'Jungle' from the ballot papers.
Counties
1 month ago

He termed the rumour as political propaganda, says can only be hired by ‘Wanjiku’ through the ballot
Counties
4 weeks ago

She will be competing against eight others including incumbent James Nyoro,former governors, William Kabogo, Ferdinand Waititu,Senator  Kimani ...
Counties
1 month ago
by By Joseph Kaguora
Central
10 May 2022 - 22:00