The Sh111 million programme is set to benefit more 15,000 farmers 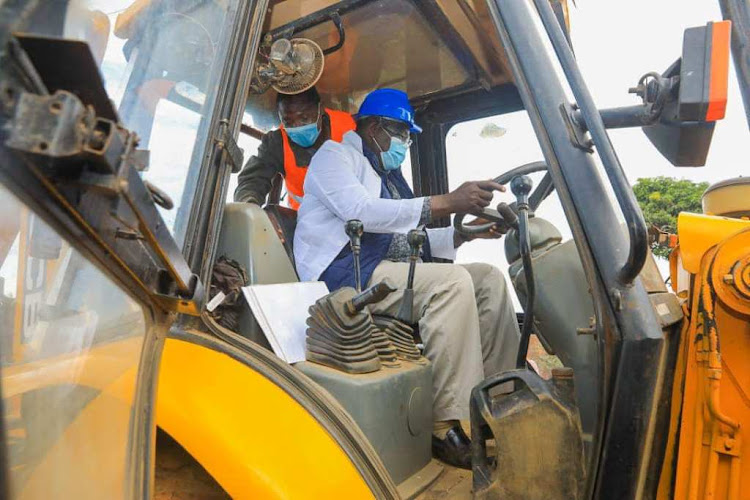 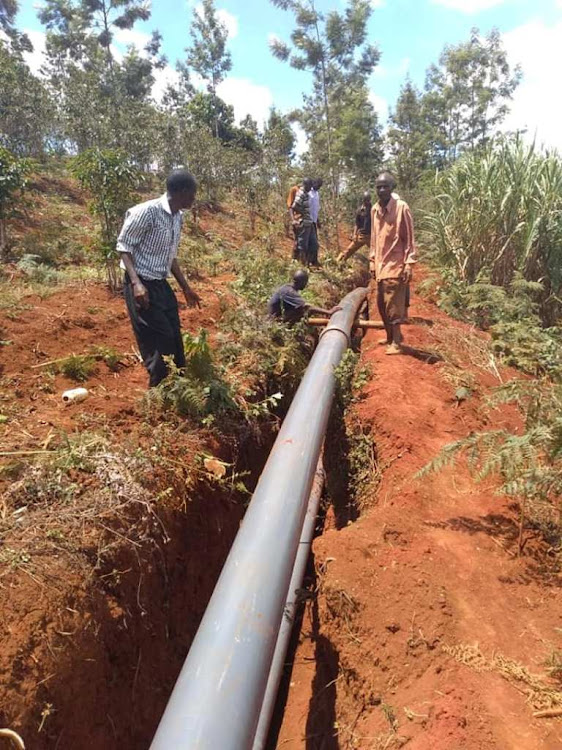 The project funded by the World Bank and the national government to the tune of Sh111 million is aimed at boosting large-scale irrigation of bananas for export.

This is according to Kiambu Governor James Nyoro.

The project sits on a 200-acre piece of land and will have a 26-kilometre pipeline upon completion. It will draw water from Githobokoni and Ndarugu rivers.

The project will benefit more than 15,000 farmers in Chania, Githobokoni, Gituamba and Mang’u wards in Gatundu North subcounty.

“I am satisfied with the progress of the project and in a few months time farmers will start to enjoy sufficient water for irrigation in their farms," Nyoro said.

"Upon completion, our farmers will be able to produce enough bananas for consumption in the local market and for export. They will also be able to grow other crops like vegetables and potatoes.”

He said his administration has already dispatched extension officers to the villages who are training farmers on better farming practices with plans to introduce high-yielding banana varieties to the farmers.

“We are keen on assisting the farmers maximise their production by having the requisite farming knowledge and availing to them better and exportable varieties as well as farm inputs," the county boss said.

"This is a life-changing project that will not only improve the livelihoods of our farmers, but also turnaround this region’s economy.”

The governor said his administration is already scouting for unexploited banana markets, especially in the UK and South Korea.

“This is a project that will transform agriculture in this region. Farmers, including those in the dairy sector, will be able to commercialise their farming and eke fortunes out of it once we secure markets," he said.

"They will also be able to contribute immensely to the country’s food basket.

“The project made a false start in 2018 due to lack of goodwill from the county. We are however [determined] to see the project through to fruition.”

Farmers who spoke to the Star welcomed the project, saying it was ‘a shot in the arm’ as it will earn them fortunes and improve their livelihoods.

The project’s chairman Njoroge Mwangi alias Muteti said that for years the region has been experiencing minimum rainfall dealing a huge blow to farmers.

“This is a godsend project that will change the face of agriculture in our region.  With sufficient water and requisite support from the county we will be able to grow crops in large-scale,” he said.

Youths in the area also hailed the county, saying that the project has provided them with jobs.

“We are grateful because we now have somewhere to earn our daily living. This is an all inclusive project that has brought a great impact in our villages,” Karanja Karembete, a resident, said.

Faith Njahira, another resident, said that the project, upon completion, will free them from the shackles of poverty and ensure that every household in the region is able to put food on the table.

The donations include pond liners, net sets, motorcycles, laptops and a vehicle.
Counties
1 year ago

The farmers are from Kikuyu, Limuru, Gatundu South and North and Lari subcounties
News
1 year ago