The habitual fence breakers are males who use their powerful tusks and front legs to cause destruction.

• In the same period, 11 elephants were killed in retaliation. 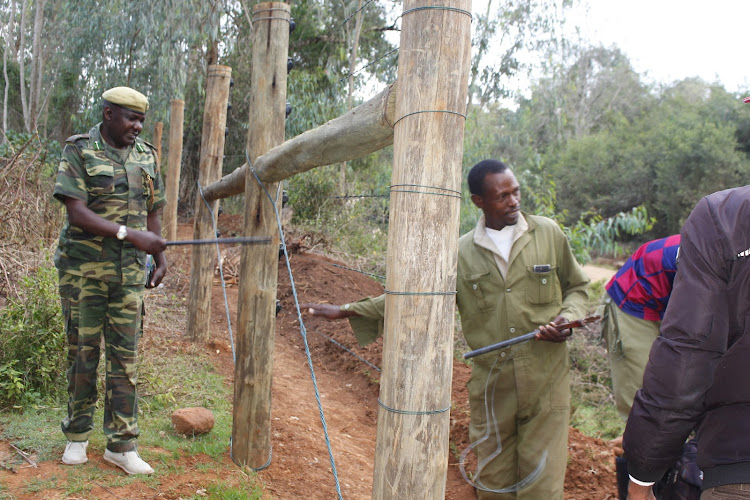 Elephants within Mt Kenya have perfected the art of breaking electric fences before getting onto farms.

The electric fence is meant to protect farms from the marauding jumbos.

In the Kithoka area of North Imenti, breakages due to raids by elephants from conservancies are common.

The habitual fence breakers are males who use their powerful tusks and front legs to break the electric fences. But this could soon end.

“Elephants are mostly intelligent. We have to change the design of the fence by having a short fence with outriggers before the main fence. Outriggers prevent the elephant from coming near the posts,” said Adam Mwangi, Rhino Ark fence and community manager.

Mwangi said they hope "the jumbos will not learn about the new measures fast".

He said the jumbos have over time tried to outwit technology and they have identified 10 hotspots where jumbos were breaking the fence.

The fences were being broken at the dead of the night.

Already, cameras have been deployed at some of the hotspots and plans are underway to deploy the short fence and outriggers before the main fence. The areas include Themba, Kamutune, Kamitongu, Nchoroiboro wildlife corridor, Nchoroiboro near water troughs, Naari, Kithoka, and Kamitongu.

A Sh25 million underpass is also set to be constructed inside the upper Imenti forest where Meru-Nanyuki road cuts through the forest.

Mwangi said the cameras will help them to understand the behaviour of fence-breakers and make informed decisions. 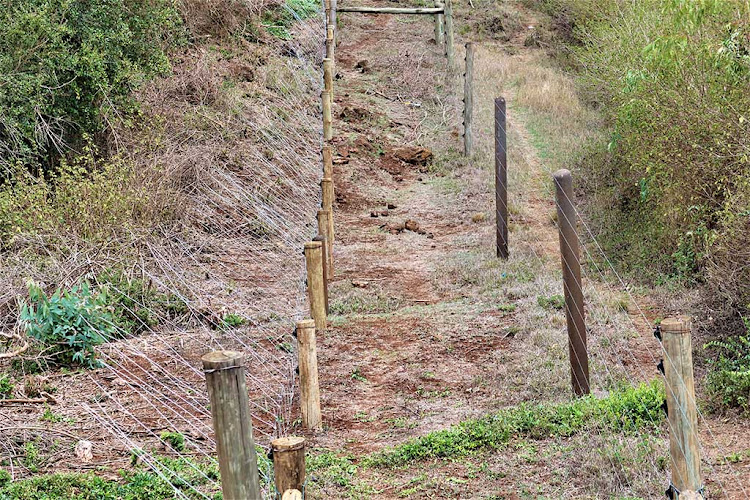 He said between March 2014 and March 2016, 11 people died because of human-elephant conflicts.

In the same period, 11 elephants were killed in retaliation.

Imenti reserve remains an important area for elephants, which migrate from Mt Kenya Forest to Samburu Reserve, Meru National Park and back, depending on the season.

The manager said the fence is now protecting people’s farms, as well as forest resources.

“People used to get into the forest anytime they felt like. Their entry now is being controlled as they use gates. KFS gives those who want to access the forest permits, a move that has improved revenue,” Mwangi said.

He said forest adjacent communities were involved in fencing.

“The fence has helped in sustainable management of our resources.”

Kebati said 18 people were being paid by Rhino Ark to monitor the fence.

“The fence has improved livelihoods, making the price of land go up.”

He said the project has also improved the relationship between Kenya Wildlife Service and residents.

“We have had a degraded ecosystem regenerating on its own and crimes have gone down,” he said.

Constructing a kilometre of comprehensive fence that has eight to 10 strands costs Sh300 million. 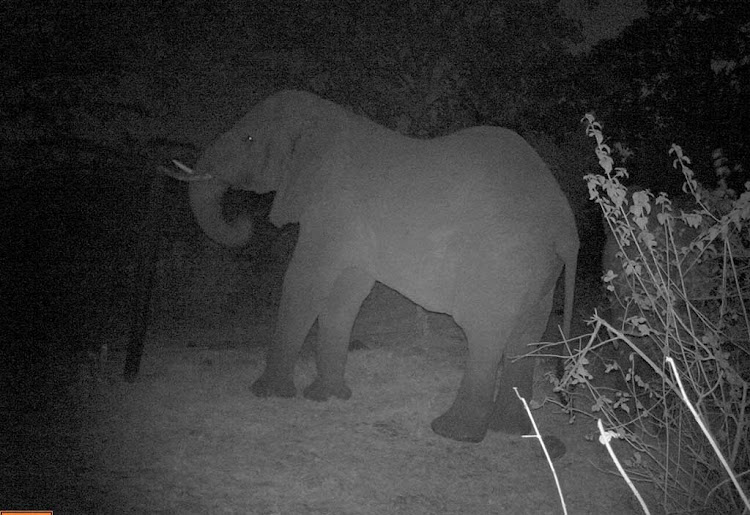 Mount Kenya’s natural habitat is protected areas. The moorland and the peak zone, which are 71,500 hectares, received the status of a national park in 1949.

The surrounding forest belt covering about 212,000 hectares was gazetted twice, first as a forest reserve in 1932 and later as a national reserve in 2002.

Designated as a world heritage site by Unesco since 1997, the mountain has been described as one of the most impressive landscapes of East Africa. It has rugged glaciers-clad summits, Afro-alpine moorlands and diverse forests, which illustrate outstanding ecological processes.

Mount Kenya Forest is rich in terms of biological diversity and species. Some 872 plant species have been recorded to date in the forest.

The area also has a wide variety of fauna with six species of large mammals of international conservation interests including elephants, black rhino, leopard, giant forest hog, bongo and black-fronted duiker, and twelve species of ungulates.

The ongoing construction of the electrified fence has progressed well.

The 10km fence section between the Mt. Kenya Wildlife Conservancy and the National/Forest Reserve will be completed by the end of the month.

The construction of the Mt Kenya Fence will then continue in Nyeri County thanks to the donation of the complete equipment received from the IFAD’s Upper Tana Natural Resources Management Project, which delivered 60km worth of materials.

Additionally, the two elephant grids on Meru-Ruiri road in the Imenti Forest, funded by the Wildlife Conservation Society and Elephant Cooperation, have been completed. One grid cost Sh3.7 million.

The grids have come in handy as elephants cannot use them because they keep rolling.

In Gathiuru Forest Station, 18,500 trees have been planted and nurtured through mulching and weekly watering needed due to prolonged drought on that side of the mountain.

Rhino Ark has started supporting the conservation of the remaining bongo population in Ragati Forest, Mt. Kenya after securing funding from the Calgary Zoological Foundation.