Clergy urge Uhuru to postpone BBI until after 2022 elections 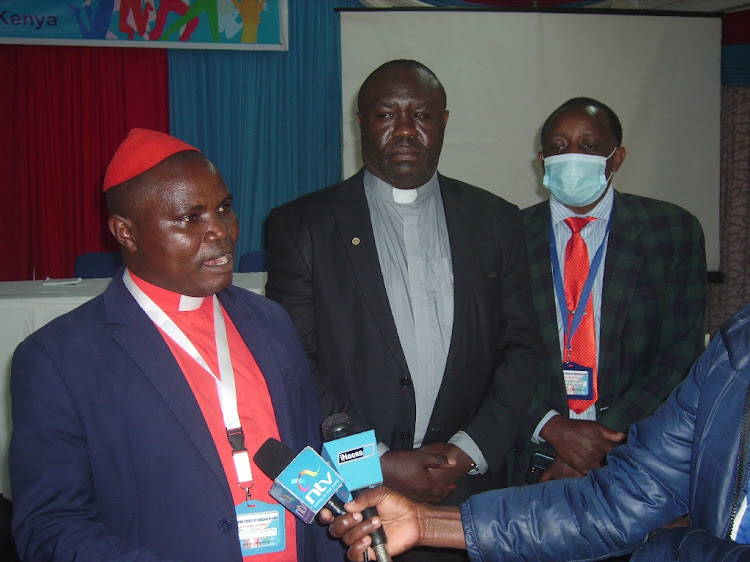 A section of the clergy has asked the government to postpone the push to amend the Constitution through BBI until after next year’s general election, regardless of the ruling of the Court of Appeal.

The National Council of Churches of Kenya says public attention is now focused on next year’s general election.

NCCK Nairobi region chairman Rev Alphonse Kanga said there was no time for proponents of the Building Bridges Initiative to discuss and involve the people.

“We appreciate that the Constitution touches on and controls the lives of all Kenyans and so the process of amending it should be inclusive, consultative and consensus-based,” he said.

“To ensure adequate time for such a process, we call upon the promoters of the Building Bridges Initiative to postpone the process until after the 2022 general election regardless of the outcome of the ongoing judicial process”.

He spoke at the NCCK’s Nairobi regional conference which was held at Jumuiya Conference and Country Home in Kabuku in Limuru constituency on Tuesday.

The government has appealed a High Court ruling that stopped the BBI process and the case is being decided after hearings last week.

The NCCK opposed politicians seeking to have next year’s general election postponed in favour of BBI.

Kanga asked the government to ensure the Constitution is obeyed and that the state should start preparing for elections scheduled for August 9, 2022.

“No reason exists as to why the date should be changed,” Kanga said.

The clerics asked member churches to demand respect for the altar by politicians during the campaigns for the general election.

Bishop Joseph Ngigi urged church leaders not to allow politicians visiting churches on Sundays to use the pulpit to campaign since they lie to worshippers, insult each other and at times use inciting language.

Ngigi said politicians should speak to worshippers after service outside the church.

“Churches have different styles and structures of doing services and it is very important to respect the altar. Let us deny politicians mixing politics with holy services. They must be prepared to speak to the people after services,” he said.

The NCCK blamed parliamentarians for passing high taxes in the budget bill, raising the cost of basic items such as maize and wheat flour, gas, petrol and paraffin.

Kanga asked Parliament to see how it can amend the law so that it does not push the poor citizens to the wall.

Post a comment
WATCH: The latest videos from the Star
by GEORGE MUGO Correspondent
Central
08 July 2021 - 06:30
Read The E-Paper