A cow in Kiambu gives birth to triplets

The Friesian cow had been fertilised through artificial insemination by a local veterinarian.

• The triplets were born on Wednesday night were discovered by the owner early Thursday morning as he went to milk.

• This means the cow was not assisted to deliver. 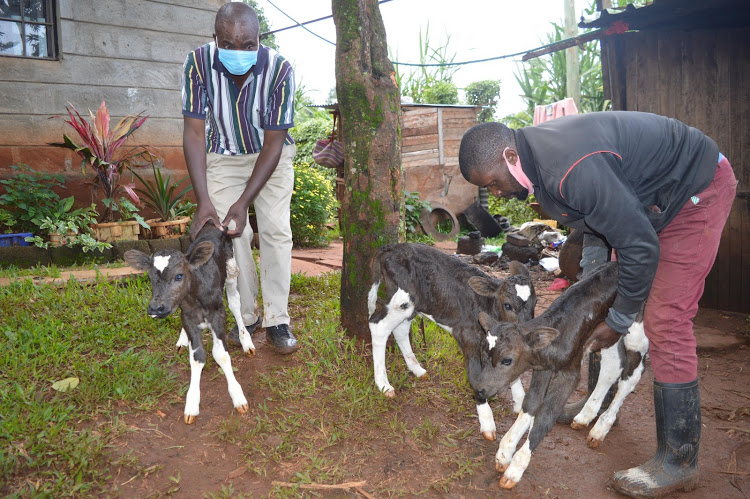 Wonders never cease. A cow in Kiambu has given birth to three healthy calves in Kihingo village.

The triplets were born on Wednesday and night were discovered by the owner early Thursday morning as he went to milk. The cow was not assisted to deliver.  The calves are doing well and are being bottle fed.

The Friesian cow had been fertilised through artificial insemination by a local veterinarian.

Fredric Karia, who gave the AI, said it is a rare spectacle since there was nothing special about the semen as he got it from a local agent.

“For the many years I have inseminated cows, I have never seen a cow give birth to three calves unassisted. The semen is imported from the US, which I have used on other cows. I have, however, not seen other cows give birth to either twins or triplets,” Karai said.

He said the cow is well fed thus its capability to give birth to triplets although its milk is yet to come out for the triplets to start suckling.

“I always advise farmers to use artificial insemination since one would save the cow from many diseases and one is sure that the breed that is going to be sired will produce a lot of milk,” said Karai.

According to Farmer.com, triplets are exponentially more rare, but not unheard of in breeds like the holstein-friesian (the classic black-and-white dairy cow).

Joseph Kihara, a neighbour said it is a blessing to the farmer for his cow to give birth to three healthy heifers. He noted that the village has never witnessed anything like that.

“I have never heard a cow giving birth to triplets and it is a blessing since the calves are all healthy and are heifers,” Karai said.

Kihara said people have been visiting to see the calves since the news broke.

Some have been asking the semen that he used so that they can also try it on their cows.

Mary Wanjuguna, a neighbour, said she came to witness and to know the semen given since she is in the milk business.

“The veterinarian told me that the semen given was the usual he gives to cows in the village. I hope even my cow, which has also inseminated, will give birth to triplets,” Wanjuguna said. 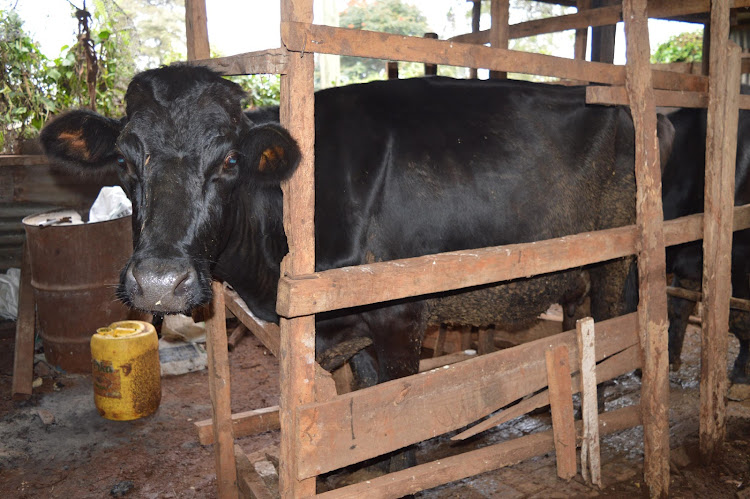 The friesian cow that gave birth to three healthy calves all heifers unassisted in Kihingo village Kiambu town on May 13, 2021
Image: STANLEY NJENGA
by STANLEY NJENGA Correspondent, Kiambu
Central
15 May 2021 - 12:45