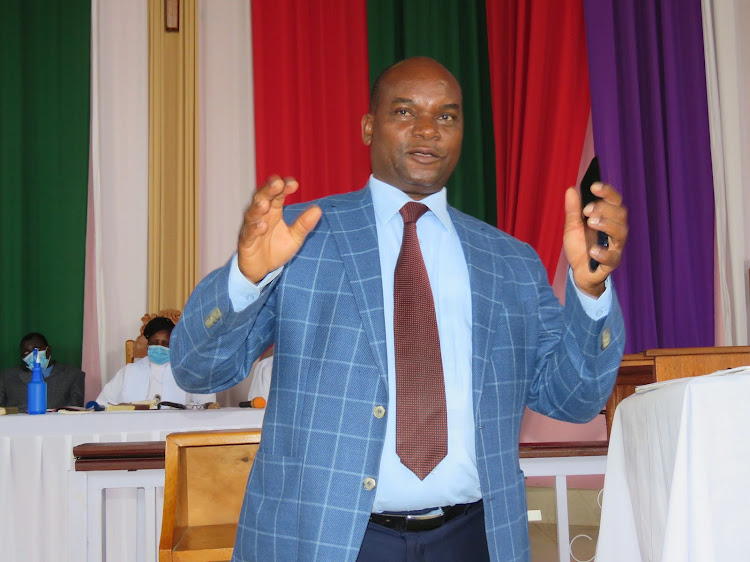 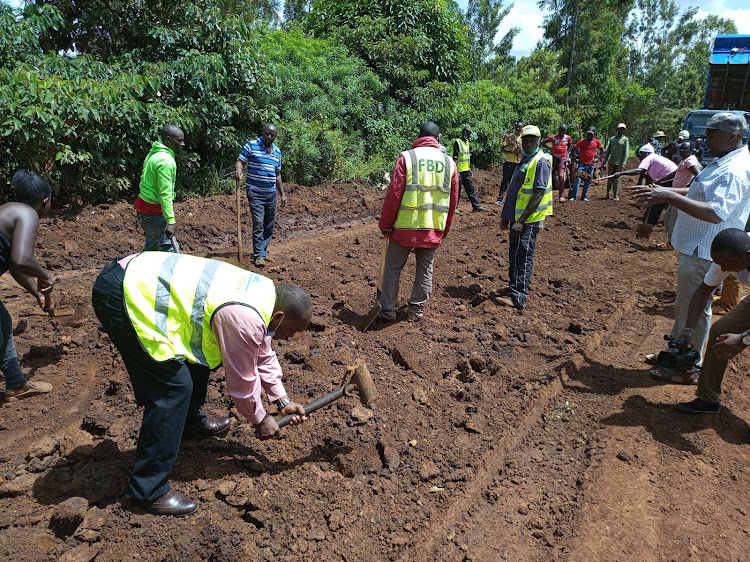 A political divorce is looming in Kirinyaga after Deputy Governor Peter Ndambiri announced he will be in the 2022 gubernatorial race against his boss Ann Waiguru.

Ndambiri said if elected his focus will be taking development to neglected areas. He cited Murinduko ward where he hails from as one of the areas that have been left out in development.

“Some of the development projects in this ward have stagnated for years despite being allocated funds. The money allocated to them is channelled elsewhere," he said.

He said the ward residents have a right to enjoy the fruits of the present administration through equal distribution of resources so that it fulfils the development agenda it promised the electorate.

Ndambiri said soon he will unveil his bid and the political party he will board towards achieving his ambition.

He spoke in Kamunyange village where he joined residents in rehabilitating Difathas-Kajiji road.

Governor Waiguru has declared interest in running for a second term. The governor is anchoring her campaigns to the projects her administration has achieved.

Late last week, she said those proposing her for a higher leadership seat should  hold their horses until the time is ripe.

“For now I’m in the race to defend the gubernatorial seat. I’m confident Kirinyaga residents will renew my work contract for the next five years because I’m anchoring my campaigns to the work I have achieved for them,” said Waiguru in one of the meetings in Gichugu last week.

“If there is a higher seat, let them come they negotiate with the people of Kirinyaga and seek their blessings and from there  we will know the way forward, but as of now I am working for the Kirinyaga people and my eyes are fixed on retaining the seat."

Other candidates who have declared their interest in unseating the incumbent are Narc Kenya boss Martha Karua, Woman Representative Wangui Ngirichi and businessman Chomba Ndau. Other possible candidates are Kenya’s ambassador to Austria Njeru Githae and former Governor Joseph Ndathi.