Three held after lorry stolen from Murang'a seized in Marsabit

• Lorry had tracking device, which showed it was in Reteti on Nanyuki-Marsabit highway 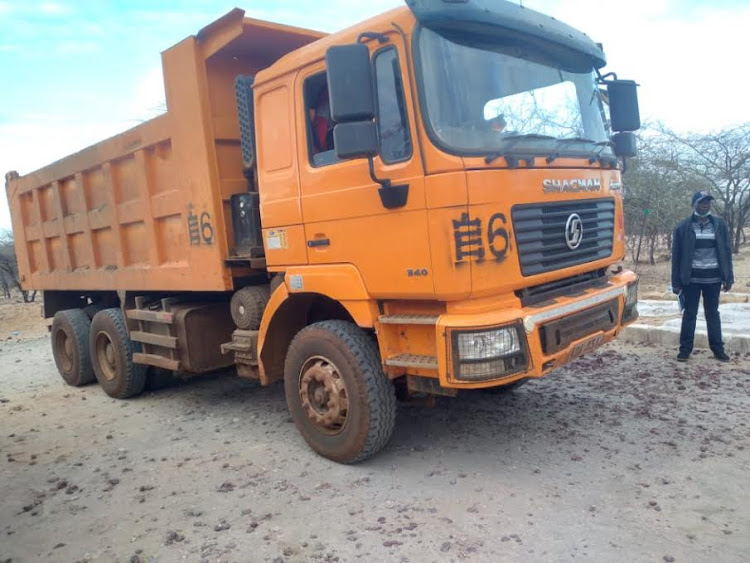 A lorry stolen from a construction site in Kiruri, Murang’a county, was intercepted in Marsabit a day after the incident.

Police said a manager at a Chinese construction company had on Saturday reported one of their drivers missing with the Sh7 million Shacman lorry he was assigned.

The driver was working on a night shift when he went missing with the lorry. The truck had a tracking device, which showed it was then in Reteti on the Nanyuki-Marsabit highway.

A team of police officers manning the road was informed and intercepted it at Loglogo as it raced towards the Kenya-Ethiopian border.

Three men who were on board were arrested and detained at Laisamis police cells before they were brought to Kangema, Murang’a.

Police say the men will be produced in court Tuesday to face various charges.

Preliminary findings show the lorry was headed for a construction site inside Ethiopia, where the men had gotten market for it.

Eastern regional police boss Noah Mwivanda said they have heightened vigilance on the highway, which is increasingly proving to be the main one used to traffic and facilitate such crimes.

“Let those behind the trend know we have officers manning the routes as a way of deterring any such incidents,” Mwivanda said.

Cases of vehicles being stolen in Kenya and taken across the borders are on the rise, sparking calls for vigilance on the roads to contain the trend.

Security agencies say cases of cross-border crimes are fluctuating, but they always liaise with their counterparts in the affected places to solve them. Kenya’s neighbours include Ethiopia, Somalia, Uganda and Tanzania.

The country has logistical challenges in manning these vast borders, hence the increased cases of the crimes, some of which go unsolved.