Kill or be killed: A truck driver’s dilemma 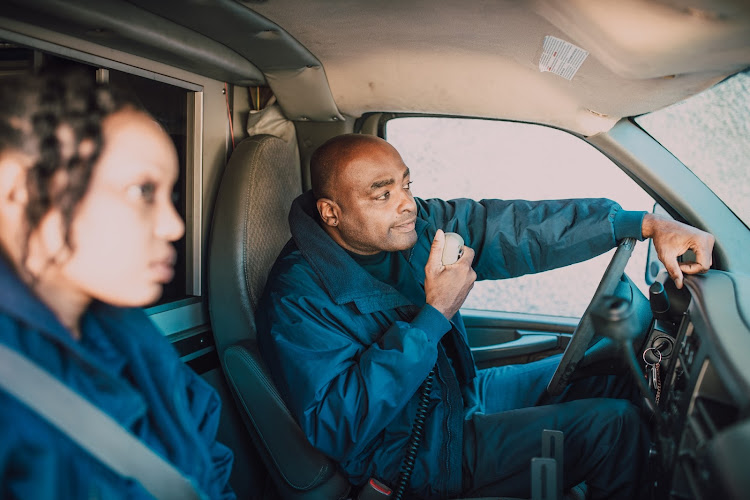 A girl looks on as her truck driver father makes a call
Image: PEXELS

“I killed someone,” he said. “I was protecting my children.”

“I was resting inside, my children asleep. It was about 4am, when I heard some movements. I stuck my head out the window to find out what was going on. I looked towards the front but saw nothing.

As I turned my head to look back, I saw something come at me. I quickly ducked inside and it struck the door with a huge bang. I knew our lives were in danger,” he said.

Juma* is a truck driver whose usual route is the highway between Kampala, Uganda and the port of Mombasa. One day last December, Juma parked his truck along the road at Makindu, a small town on the Nairobi-Mombasa highway.

On that particular trip, Juma had his children who he was taking from Mombasa to their rural home in western Kenya for the Christmas holiday. Rather than put them in a bus, he thought carrying them in the truck would save him money.

Moving to the opposite side of the truck’s cabin, Juma grabbed a long, metal pipe he kept under the seat. He carefully peeped over the window to see if anyone was around. Seeing nobody, Juma assumed the thieves were on the other side of the truck where they tried hitting him. Quietly, he opened the driver's door and climbed down, one hand tightly clutching the metal rod. He didn't wait long.

One of the robbers must have heard the door open. Juma had hardly set foot on the ground when the thief emerged from the front of the truck. It was in the wee hours and the robber probably didn’t see the weapon in Juma’s hands. In a split second, Juma swung the metal pipe with all the energy he could muster, aiming at the thief. He did not know where he would strike, but the metal pipe landed squarely on the robber’s head.

The robber stood still as though dazed. He swayed on his feet like a drunk man then turned back in the direction he came from. Juma realised he was still in danger. He got into the truck, locked the doors, fired up the engine and drove to a nearby police station. Juma and the police got back to the crime scene at dawn. In the dim light, they saw the body. The man hit in the head with a steel pipe. He was lying in the grass by the side of the road.

This case highlights the dangers truck drivers face from highway robbers. The Mombasa-Nairobi-Malaba highway has recorded numerous robberies for many years. Truck drivers have learnt to adapt to the problem.

Asked whether he is remorseful for the death of the thief, Juma points at a hole on the left door of the truck’s cabin. The hole was made by the blow which narrowly missed his head. "Those people would have killed me,” he says. “I am lucky to be alive.”

Inside panya routes used from Nairobi to Mombasa and back
by GODFREY KIMEGA Communication Professional
Lifestyle
04 April 2021 - 12:00