Constituents say MP initiated many development projects in the area

Kiambaa residents are in mourning after their first MP under devolution Paul Koinange died on Monday morning at a Nairobi hospital.

Koinange, a soft-spoken leader, has been praised by his constituents for being a good mediator in conflict situations. They said he led them with honesty, was a good listener and God-fearing.

The chairperson of the Departmental Committee on Administration and National Security will be laid to rest on Saturday at his Senior Chief Koinange village home in Kiambaa. He leaves behind two widows and five children.

Koinange was born in 1950 to Noah Karuga and Josephine Muthoni. He was the second born in the family.

His father Karuga was a step-brother to the first senator of the country, Mbiyu Koinange. They were born to prominent Kikuyu Senior Chief Koinange wa Mbiyu who had five wives.

He said the country also needed him as he was an instrumental person in the unity of the country.

Boda boda riders said they have been dealt a big blow because in 2017, Koinange secured driving licences for them and they have never been bothered by police.

"We as boda boda riders have lost a leader who cared about our welfare. The MP  made sure we got licences to keep us from clashing with the police. He also secured for us designated areas to operate from," Peter Kariuki said.

Mucatha MCA Joseph Ngichu said Koinange had initiated many projects and was able to bring divisional offices to Kiambaa since the constituency was hived from the larger Kiambaa constituency.

Ngichu said the MP oversaw the construction of tarmac roads and rehabilitated schools.

"We are saddened by the demise of elder Koinange, who supported justice and was truthful. We had started to bring our people together preaching peace across the country and more so to other communities."

"He was an instrumental person in reaching out to youths and this year, the council's programme was to reach out to youths. He had done so and had brought young people together last month to plant trees."

"The country has lost a key person since Koinange was appointed together with Ndaragua MP Jeremiah Kioni to broker peace between the Luo and Kikuyu communities and this was witnessed last month," Munga said.

The MP coordinated the training, supply of equipment and uniforms and preparation of SPLA Forces to join the joint integrated unit. He also prepared SPLA forces to be stationed in Juba and other areas.

He was the chairman of South Sudan Phoenix Aviation, a humanitarian airlifting project supported by EADS of Spain.

Koinange was the chairman of South Sudan Development Trust, a non-Profit Organisation, whose main aim is to facilitate self-sufficient, stable development and investment in South Sudan.

Koinange also worked as a consultant for the government of South Sudan in the construction of an oil pipeline, and facilitated the setting up of a printing press in Juba – under Print Link International Limited to assist in printing of educational books.

He was the South Sudan Government’s Consultant for the Ministry of Lands and Housing for building industry investments. 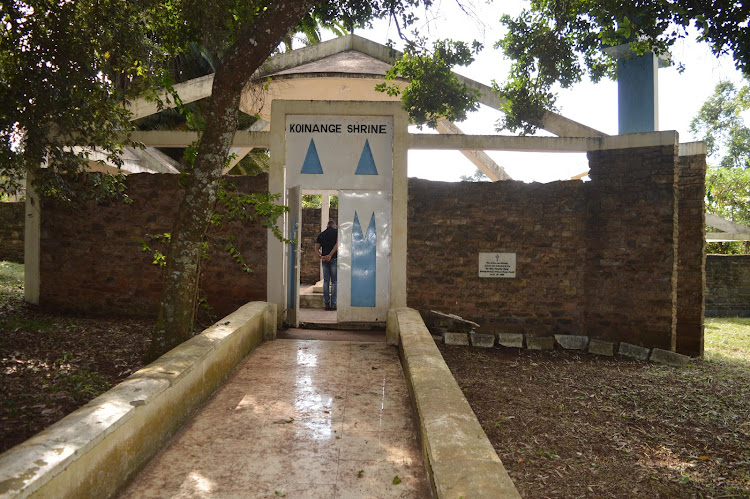 Koinange Shrine where the prominent kikuyu chief Koinange Wa Mbiyu and his family members who have passed on are buried in Kiambaa.
Image: STANLEY NJENGA 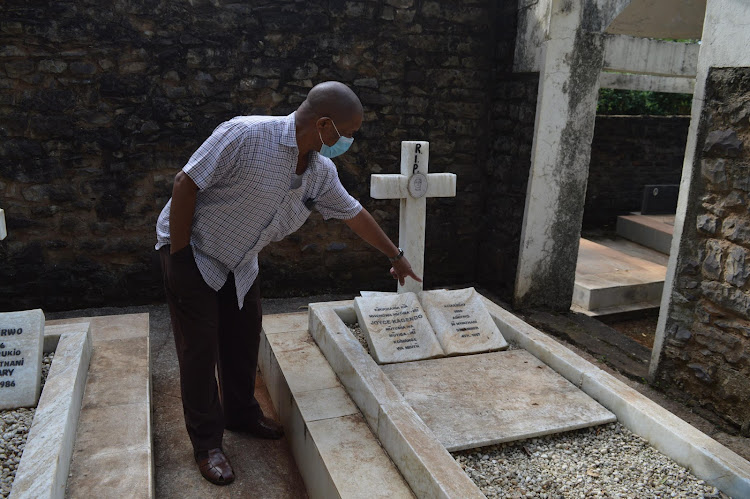