'National appointments must be anchored in the BBI'

• Governor Kimemia says Gema will demand plum posts in government because it has the numbers to determine the presidency.

• He said the community must ensure that no government will sideline them “such that we must beg for development.”

The Gema community's priority in 2020 will be representation at the top and national appointments, a Building Bridges Initiative forum has been told.

The Gikuyu, Embu and Meru grouping will demand plum posts in government because it has the numbers to determine the presidency, Nyandarua Governor Francis Kimemia said on Wednesday.

“We should not focus so much on who becomes governor, MP, senator or MCA,” Kimemia told the more than 1,000 delegates at Ol Kalou before heading to Engineer for a similar forum.

The governor said national appointments must be anchored in the BBI. "If Nyandarua, for example, does not get the president or the deputy president, we get Cabinet secretaries and principal secretaries,” he said.

Kimemia noted that the Central Region Economic Bloc, which he chairs, commands 8,000,000 votes. He, however, cautioned that that voting bloc will be useless if the community is divided.

He said the community must ensure that no government will sideline them “such that we must beg for development.”

He said CEREB fully supports the BBI as it calls for the devolvement of more resources to the county governments, creation of equity in the country,  inter-ethnic cohesion and the principle of one man, one vote, one shilling. 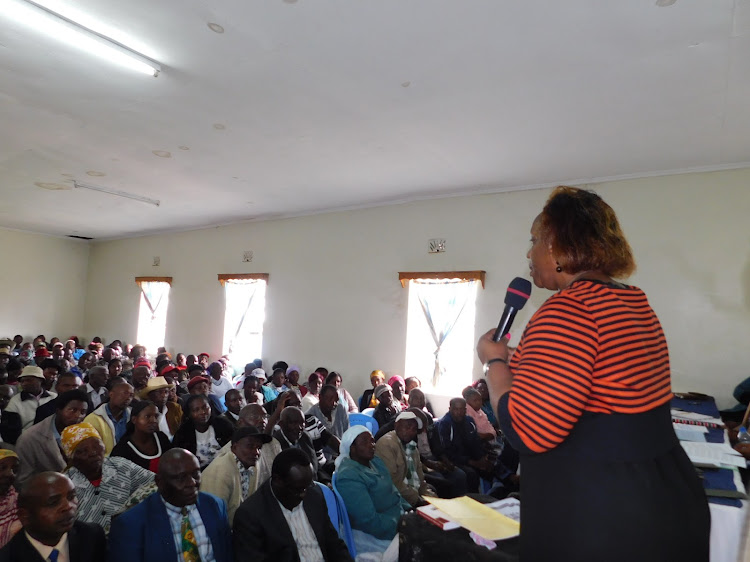 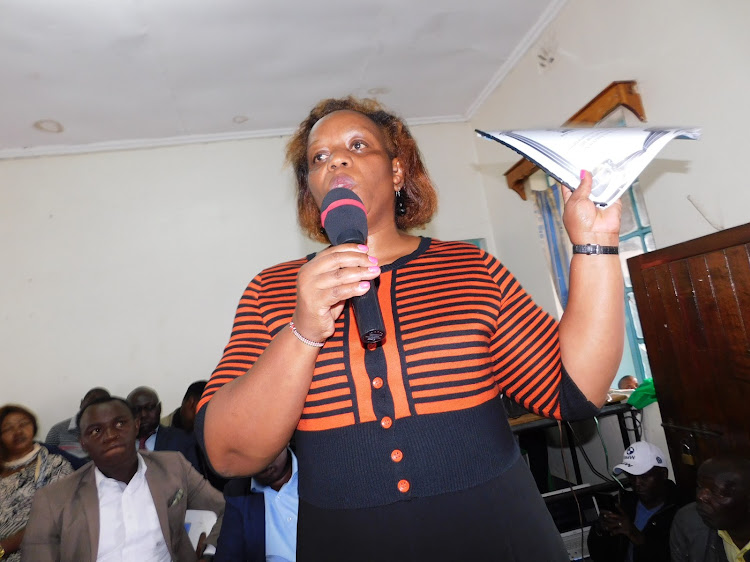 If those recommendations are implemented, it will not matter who becomes the President, Kimemia said. "That is the message of President Uhuru Kenyatta," he said.

Kimemia told the CEREB governors that "BBI is about 'pesa mashinani' and not mere sharing of political positions."

He asked them not to lose focus on agriculture, improvement of education, managing drought and natural disasters, sustainable management and sharing of  resources and "especially for us in the Aberdares, water."

The governor said a 45-50 per cent allocation of national revenue to the counties will ensure faster development at the grassroots level.

Deputy Governor Cecilia Mbuthia metaphorically said the region should read the signs of times so that it does not start running when it gets dark.

“The big question is: 'What can bring lasting peace among all Kenyans?'"

Mbuthia said “we should demand what rightfully belongs to us” when other regions demand their share of the national cake.

Nyandarua Assembly Leader of Majority Ednald King’ori said BBI is for the good of the country and that it is not meant to fight anybody or creating seats for a few individuals.

“By the time we elected President Uhuru Kenyatta in 2013, we knew he cannot mislead or sell out the community, “he said

Leshau Pondo MCA Kamau Gathungu said that BBI 2 should address the issue of Nyahururu, a border town claimed by both Nyandarua and Laikipia.

He said if the town, which until the onset of devolution, was the Nyandarua headquarters, is not restored to Nyandarua, the national government should provide adequate funds to develop Ol Kalou.

“We saw our officers being ejected from Nyahururu yet we don’t have enough offices in Ol Kalou and Ndaragwa. The best BBI should ensure such injustices are addressed," he said.

Nyandarua county attorney Ann Githinji took the participants through the BBI report and urged them to support it as it is best for the country.