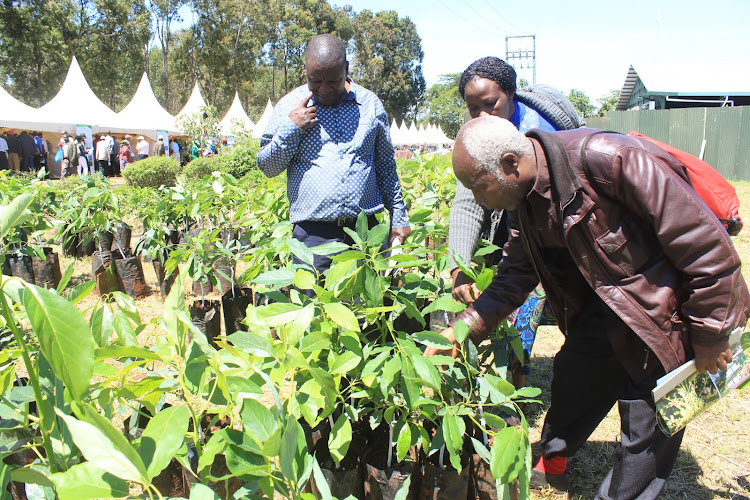 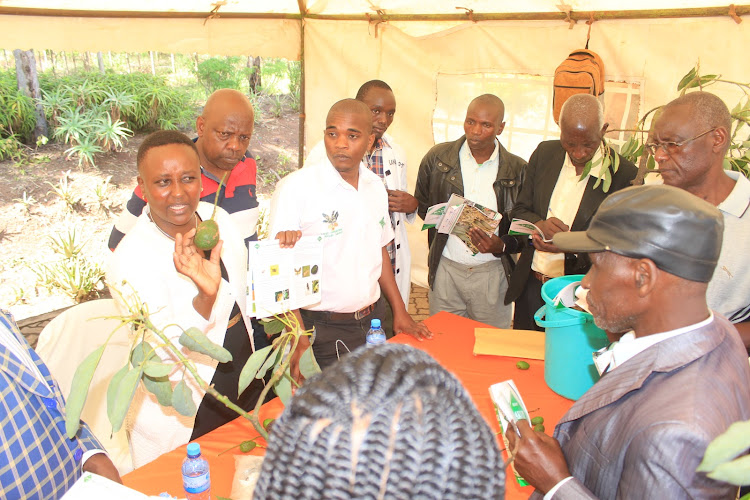 LEARNING: Avocado farmers being trained on how to tend to their fruit trees
Image: ALICE WAITHERA

The county has over 3,000 farmers contracted bby Kakuzi Company. They receive the first payment seven days after sale and the second at the end of the year.

Governor Mwangi wa Iria said the fruit raked in Sh5 billion for local farmers who sell to other processing companies other than Kakuzi.

He lauded Kakuzi for grading the fruits before buying, which he said ensures farmers get rewarded for putting more efforts in their farms.

“If all the fruits sold from this county were graded before being sold, the income would have doubled,” Wa Iria said, noting that many companies give an average price for all fruits.

The governor noted that the high payment is a gift to farmers and that the county government is seeking to partner with companies that will help make local fruits the best selling globally.

Wa Iria however added that the fruit would be fetching more were it not for the bad name the country has acquired for selling immature fruits.

“I was in Columbia in September for an avocado conference and buyers said Kenyan fruits are the best but there are so many immature fruits finding their way into the market,” the governor said.

He said the county government is working on a law that will prohibit immature harvesting.

The governor who spoke at Kakuzi's offices during payment to farmers on Friday blamed the immature harvesting on brokers who hoodwink farmers with quick cash.

The law which will become operational by March next year is being worked on in consultation with buying companies and farmers with the aim of giving local fruits a competitive edge.

The governor noted that Kenya is now the leading avocado producer in Africa after overtaking South Africa.

Murang’a produces70 per cent of the country’s avocado exports.

“From March, any buyer coming to Murang’a will be required to grade fruits before buying them so farmers can receive the appropriate money for different sizes,” the governor said.

Kakuzi managing director Christopher Flowers lauded the governor for making efforts to promote avocados and to ensure local fruits are considered at the same level of quality as local tea.

He said though the international market has not been doing so well in previous years, it was very strong this year which increased farmers’ payments.

“Our company desires to make sure farmers get access to the risks and the rewards of international markets,” he said.

Over 70 percent of Uasin Gishu is under maize farming.
Counties
3 years ago
Post a comment
WATCH: The latest videos from the Star
by ALICE WAITHERA Correspondent, Murang'a
Central
09 December 2019 - 22:00
Read The E-Paper