The send off party was organised by governor Mwangi wa Iria in partnership with musicians.

Thousands of fans attended the party exoected to go on the entire night. 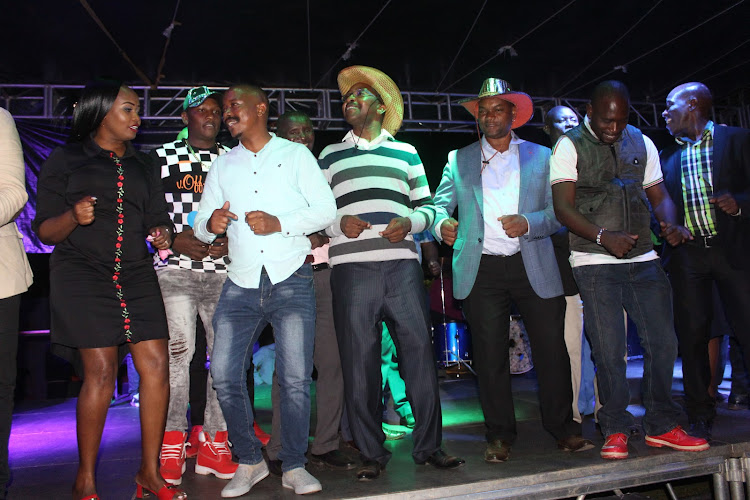 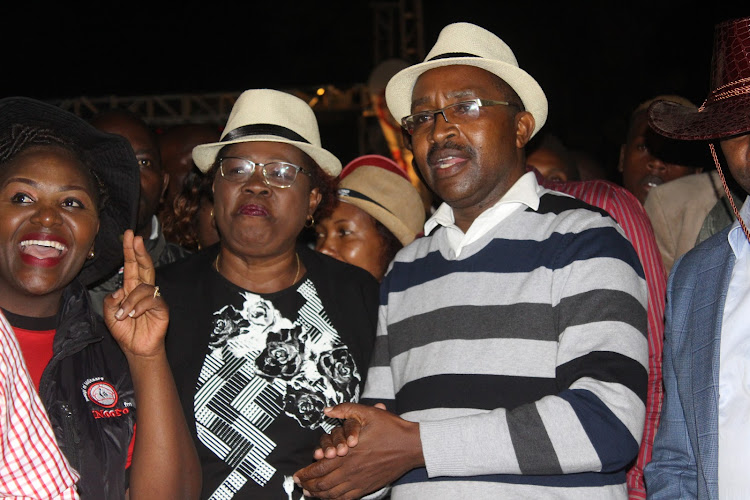 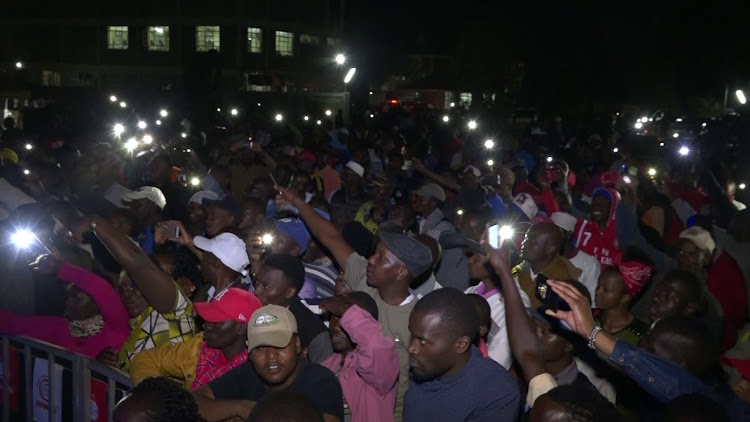 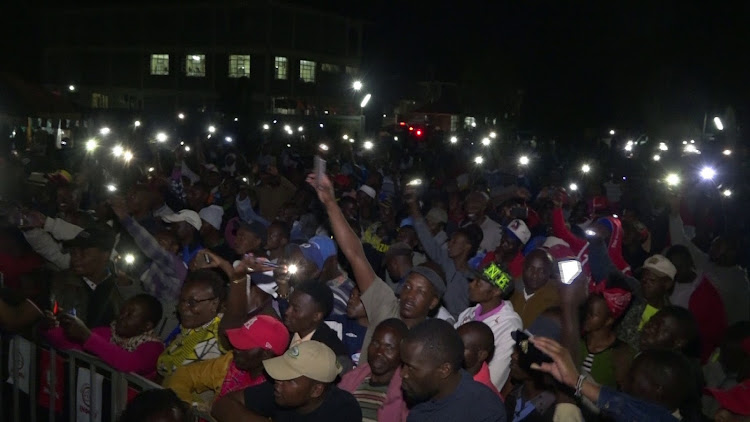 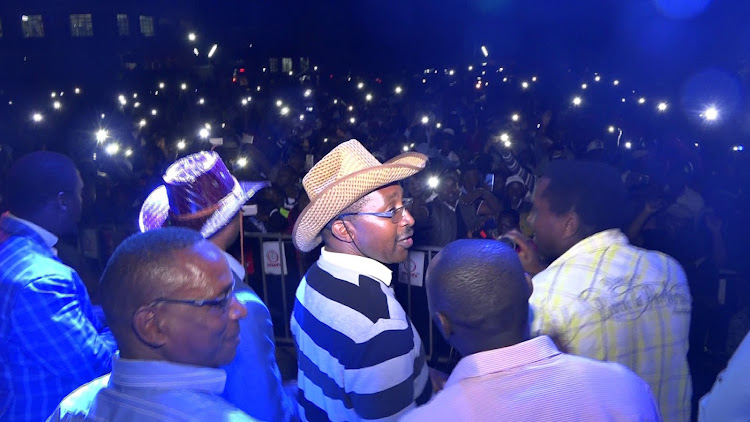 Musician John De Mathew's body was on Saturday moved from Kenyatta University Funeral Home and taken to his Gathiru-ini village home in Murang'a county for burial.

The event held at Kenol town in Maragua subcounty was organised in partnership with Talented Musicians and Comedians  Organisation (Tamco).

The artistes and fans formed a WhatsApp group that they then used to make more contributions towards the event.

By 7pm, the stage was opened by the governor flanked by Kirinyaga Deputy Governor Peter Ndambiri as the musicians performed the De Mathew's music.

Dennis Mutara, a gospel artiste lauded Wa Iria for supporting musicians and partnering with them in a bid to give De Mathew a deserving send off.

He said the Tamco fraternity had lost a leader who helped mould many upcoming musicians who have also grown to become well known.

Mutara however appealed to the governor to put in place policies that will prohibit the sale of pirated music to boost their earnings.

"The war against piracy can be won but it has to start somewhere," Mutara said.

He said it is important to safeguard the future of the children and urged more well-wishers to support them through Tamco's vice chairperson Epha Maina.

The money will be deposited in a joint account number.

He said as Tamco chairman, De Mathew had become a head of talent in the county as he had been able to bring all artistes together to improve their welfare.

Kandara MP Alice Wahome also attended the event and pledged to support the family with Sh100,000.

"These children have become partial orphans and require all the support they can get," she said.

The popular musician is set to be laid off in his home at Gathiru-ini village in Gatanga constituency.

Recognised as one the most influential artists from Central, De Mathew has 50 albums.
News
6 months ago