Outlawed groups such as Mungiki, Gaza have been regrouping in Central Kenya

• Rapid Response Initiative has one month to show results 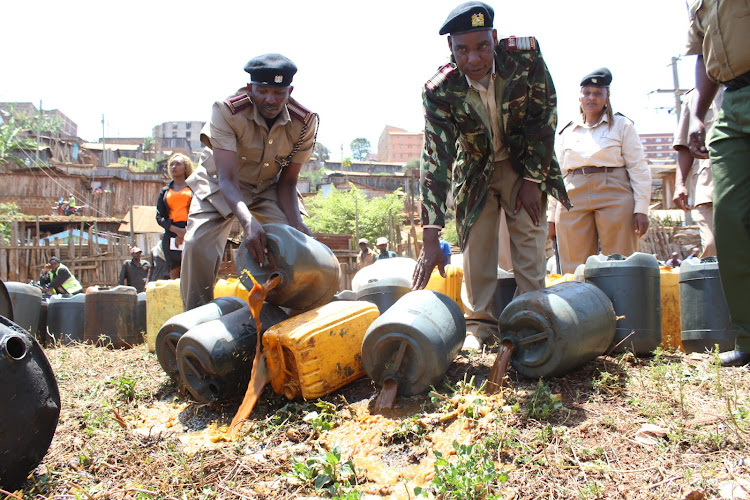 A Rapid Response Initiative has been launched in Nyeri to prevent criminal gangs from regrouping.

The county security team also wants the group to wipe out illicit brews and second generation liquor in one month.

Nyeri County Commissioner David Kipkemei on Friday said this will be sustained to ensure the county is safe.

“We have small pockets of emerging groups of criminals gangs and we have initiated an RRI to ensure that we have completely crushed them,” he said.

“We want Nyeri to be peaceful and calm so that people can go about their businesses without distraction,” he said.

Regional Commissioner Wilfred Nyagwanga had earlier told reporters that criminal gangs such as  Mungiki and Gaza have been regrouping in Central region.

But Kipkemei said a multi-agency approach will deal with criminals.

He said though the county had covered a lot of ground in eliminating illicit brew and second generation brews, more needs to be done.

Post a comment
WATCH: The latest videos from the Star
by EUTYCAS MUCHIRI Correspondent, Nyeri
Central
30 March 2019 - 00:00
Read The E-Paper