• Two killed one injured at Chebinyiny, Baringo South, on Wednesday.

• Residents say government turning deaf  year as nothing has arrested the problem. 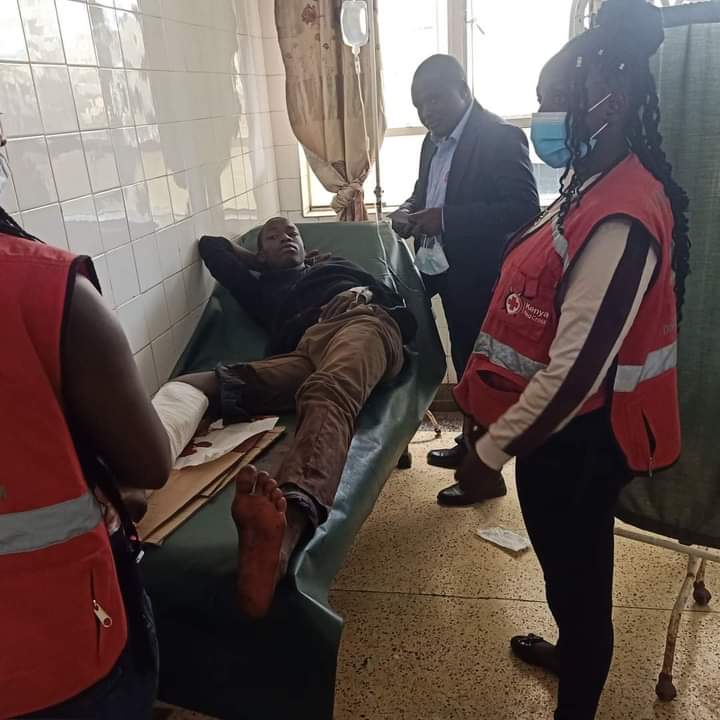 The bodies of Stephen Kiptek, 17, a Form 4 leaver, and a University student, Vincent Kiptoo, 18, were taken to the Baringo County Referral Hospitalin Kabarnet.

“They stormed in at around 6am, sprayed us with bullets and drove livestock towards Tiaty subcouty," resident Christine Kandie said on Sunday.

During the attack, Lawrence Chesang, 17 was injured and is  nursing serious gunshot injuries in Kabarnet hospital.

The bandits reportedly made off with more than 400 animals, heading towards neighboring Tiaty subcounty at 6am. 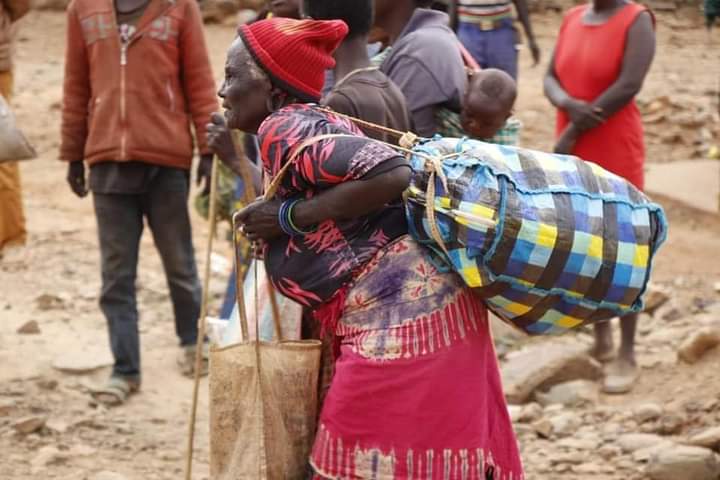 RUN FOR YOUR LIFE: A granny flees volatile Chebinyiny village in Baringo South after an attack by bandits on Wednesday, May 11.
Image: JOSEPH KANGOGO

Police said no animals have been reovered "but our officers are already on the ground pursuing the criminals” Marigat OCPD David Too said.

Sources indicated the bandits from the neighbouring community might be stealing the animals to restock their livestock  that died from the drought since September last year.

The killings occurred about a week after bandits killed four people, then made off with more than 50 cattle at Ng’aratuko village, Baringo North, last Saturday.

The county is inhabited by the warring Tugen, Pokot and Ilchamus communities in volatile Baringo North, Tiaty and Baringo South, respectively.

By March, the death toll had hit 13 shot dead by bandits since December. A number of residents were injured and thousands displaced.

Tension is high in the volatile villages. Residents say the government seems to be ignoring them, despite their repeated appeals to stop the bloodshed.

On Saturday, Baringo leaders appeal to the government to end runaway insecurity caused by banditry and cattle rustling.

She said promising young men were shot, dragged for several kilometres, tortured and mutilated, forced to call their families for ransom, then left for dead

“We are tired of watching our innocent people die of bullets as the government does nothing to help” Jematia said on Thursday.

“We were still consoling the grieving families, then other people were killed. this is too much to bear,"Jematia said.

She said promising young men were shot, dragged for several kilometres, tortured and mutilated, forced to call their families for ransom, then left for dead.

“The trend is worrying and we urge the authorities to change their strategy for dealing with this menace. The loss of life, property and livelihoods cannot continue unabated," Jematia said.

She said the least the government should do is to urgently deploy security forces to calm the situation while long-term long term solutions were being sought.

Former Governor Cheboi told authorities to flush out the bandits.

“It is so regrettable to see all this bloodshed while the government continues to keep silent,” Cheboi said.

He thanked security forces for efforts to restore peace but said, "There is need for more efforts to end the mayhem."

Residents led by Richard Chepchomei said the number is even more saying some dead cases went unreported, “to me over 30 innocent lives have since been lost in the hands of bandits since December” he said.

"We are left to be killed by bandits like rats yet we still believe we're in an independent and peaceful country, where is the government" Chepchomei said.

In February the government deployed 30 National Police Reservists (NPR) to Baringo North and 70 in Baringo South, "but the number is still too small to tackle the numerous armed bandits" Chepchomei said.

County Commissioner Abdirisak Jaldesa had earlier urged the locals to stay calm assuring that the government has put up measures to end banditry.

"We are committed to restoring peace and resettling the displaced attack victims" Jaldesa said.

During the incident, the bandits stole 34 heads of cattle and 55 goats.
News
5 months ago