• He sighted challenges to the process resulting from the Covid-19 pandemic such as delay in budget allocation. 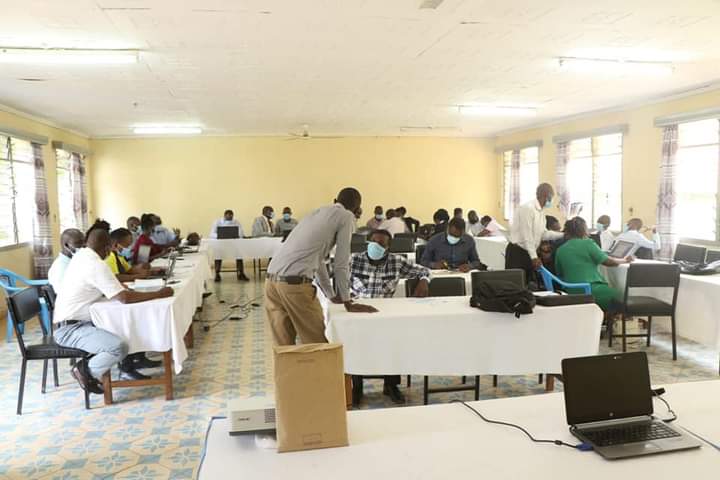 The county government of Busia through the Department of Finance and Economic Planning, has successfully conducted a two-day process of the second generation CIDP 2018-2022 mid term review at Busia Agricultural Training Centre

Chief Officer Economic Planning Joy Wanga, who officially opened the event, took the team through the objectives of the CIDP 2018-2022 mid term review, stressing on the importance of the exercise.

The event saw all departments in the county make their review feedback and recommendations to the economic planning team.

He sighted challenges to the process resulting from the Covid-19 pandemic such as delay in budget allocation.

He also expressed optimism as a department in the successful ongoing exercise as it forms the basis of gauging the progress of the implementation of the CIDP.

Out of the exercise, it is expected that a reviewed document would be ready within the next one month that will be the roadmap to give recommendation that will inform the preparation of the third generation CIDP.

"In essence, the recommendations and achievements which we pick from this review will inform the preparation of the third generation CIDP, " he said.

Korir noted that the CIDP review process is a requirement by law and thus in conducting the exercise, they are complying with the law and expressed hopes to undertake an end term review to check on the remaining two years of the CIDP.

"This exercise is very important because it really informs on the budgetary allocation especially on the different programmes which are being undertaken by various departments," he said.

He also added that it was an important time since they are focused on leaving a legacy in the implementation of the Governor's manifesto in line with the directive given earlier that all departments are to implement the ongoing projects before initiating new projects as a noble move, an advice they have always given to departments when preparing their budgets.

"It's of importance that all departments document their projects' status as complete, ongoing, stalled or for some reasons abandoned, with the focus being that they be factored into the next budget cycle for completion.