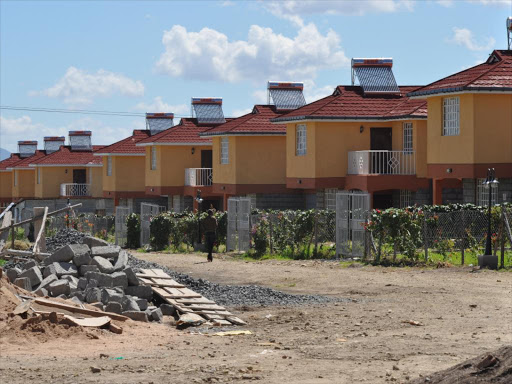 Knight Frank's Africa Hotspots bulletin states that these investors will increase their investments in Nairobi's real estate market up to 2019, mainly banking on the projected rise in population and high spending patterns by a rising middle class.

According to the bulletin, Africa's growth potential has led to a notable increase in activity involving foreign investors from the Middle East and Asia.

“We have seen rising interest in Africa from an increasingly diverse range of international investors, developers and occupiers in recent years. Meanwhile, an increasingly significant flow of capital has emerged from South Africa into other African markets,” Knight Frank's head of Africa, Peter Welborn said.

“The growth of Africa’s cities and economies will do much to define the global social-economic landscape over the coming decades. These major long-term trends are driving the construction of high quality real estate across the continent,” the report states.

In Kenya for instance, recent forecast by the International Monetary Fund indicates the country's gross domestic product will jump from $62.7 billion in 2015 to $104 billion in 2019, placing it among the top 10 fastest growing African economies.

Further, United Nations projections show Nairobi's population will grow from 3.5 million in 2010 to about 6.1 million by 2025.

The population for the rest of Africa is expected to quadruple to over four billion by 2100 from an estimated one billion currently and the majority of the people will be living in cities.

According to the report, the rapid urbanisation is driving investments in shopping malls and modern offices in Africa's major cities.

“The most visible demonstration of this is the rise of the modern shopping centre concept in cities such as Nairobi, Lagos and Accra, but there are development opportunities in all property sectors,” the bulletin states.