Why is Bitcoin still the talk of the town?

A barrage of criticism has followed Bitcoin's price decline this year.

• Bitcoin was intended to be a borderless, decentralized solution to paper money regulated by governments and central banks.

• The blockchain industry is now worth $1.56 trillion, despite the fact that it did not exist less than a decade earlier. 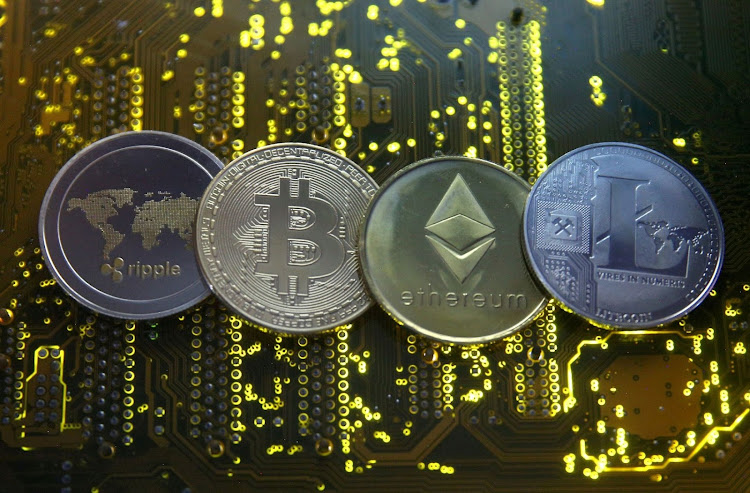 Representations of the Ripple, bitcoin, etherum and Litecoin virtual currencies are seen on a PC motherboard in this illustration picture, February 14, 2018.
Image: REUTERS

Bitcoin was meant to be a breakthrough in the economic system when it was first launched a decade ago. The change, on the other hand, hasn't happened yet. Controversies, blunders, and crazy price spikes have characterized cryptocurrency's turbulent first decade. A barrage of criticism has followed Bitcoin's price decline this year.

Investors and blockchain fans, on the other hand, have increased their trust in the currency's potential. As a result, the next ten years will be critical to its survival.

Has Bitcoin Meet The Expectations?

Bitcoin was intended to be a borderless, decentralized solution to paper money regulated by governments and central banks. The Bitcoin network does not rely on third-party intermediaries to achieve an agreement on trade. Instead, blockchain is used to validate and authenticate a contract. Blockchain is a peer-to-peer network of platforms of electronic ledgers.

Conversely, at the near of Bitcoin's first decade, the initial idea seems to have been lost. Centralization has supplanted decentralization. Bitcoin whales, or owners with large shares of the digital currency, are said to exert market influence on its interest. The empowerment of mining as a means of printing money has been sacrificed in favour of the productivity of large-scale mining farms.

However, those drawbacks are outweighed by the creation of a flourishing and vibrant crypto ecosystem. The blockchain industry is now worth $1.56 trillion, despite the fact that it did not exist less than a decade earlier.

Cryptoexchanges - Ways To Invest In Bitcoin

The cryptocurrency is reportedly divided between being a store of value and a conduit for everyday transactions. Even though governments across the world, such as Japan, have proclaimed it a legitimate means of payment for commodities, institutional investors are keen to get in on the action and benefit from the fluctuations of its costs.

The advent of crypto exchanges, where anybody can open accounts and trade crypto assets against each other and against paper money, has been a crucial development in the growth of cryptocurrencies and other crypto assets.

Although Bitcoin is considered to be the cream of the crop, the dilemma of how to buy bitcoin occurs. The bitcoin equalizer is the most convenient way to purchase bitcoin.

Artificial Intelligence is at the heart of Bitcoin Equaliser (AI). Our trading algorithms can efficiently interpret large data sets thanks to this technology. Furthermore, Bitcoin Equaliser can adapt to evolving market conditions thanks to a subset of AI known as Machine Learning (ML).

What Value Does Cryptoexchanges Hold?

In the public realm, crypto exchanges have detailed digital currency pricing and trading details. The advent of these exchanges has spawned an entire "ecosystem" of platforms and players aimed at providing leverage, profiting from market differences, and assisting both institutional and skilled investors in their investments.

In the scholarly literature, cryptocurrencies have received a lot of coverage, with people arguing if they're meant to threaten the economy, or whether they're a financial bubble that will crumble and blow, or if they're supposed to support money launderers and criminals.

It is often argued that they satisfy consumer demand for a quicker and more reliable transaction and transfer method, expatiate monopoly power, and therefore endorse the first view.

Critics, on the other side, argue that cryptocurrencies' volatile valuation makes them something of a speculative commodity than a new form of currency.

Bitcoin, according to Citi, could become the preferred currency for foreign exchange. This comes after PayPal and Tesla both made blockchain investments in early 2021. Tesla purchased $1.5 billion in Bitcoin, while PayPal made an offer to purchase Curv, a blockchain custodian. Bitcoin's outlook is still very unclear, according to Citi, but it is on the verge of mass adoption.

Bitcoin's outlook is still very unclear, according to Citi, but it is on the verge of mass adoption. Widespread interest in cryptocurrency is being fueled by institutional investor interest, but concerns about custody, stability, and resource efficiency remain.