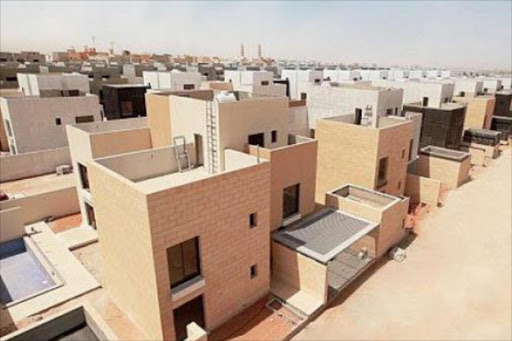 An estate in Saudi Arabia, where the IMF estimates only 36 per cent own their homes. Photo/COURTESY

Saudi Arabia’s King Salman replaced the housing minister last week after pledging to speed efforts to end a shortage of homes in his first address to the nation since becoming monarch in late January.

A lack of affordable homes has caused anger among many Saudis on social media and is a priority for the government, along with tackling joblessness and corruption, Salman said in his speech.

The unelected ruling family depends for legitimacy on providing good services to Saudis as well as on the backing of the conservative clergy.

At the height of the Arab Spring uprisings in the Middle East in 2011, the late King Abdullah warded off unrest in part through a generous package of state benefits including a pledge to build half a million new homes. However, only some of the homes have been completed, partly because of bureaucratic delays.

The world’s top oil exporter has also introduced a new mortgage law to improve the regulatory environment for banks to lend money secured against property, with the eventual aim of making it easier for homebuyers to borrow.

The government has attempted to overcome a shortage of land around Saudi cities and towns caused by real estate owners holding property as a store of value or trading it for speculative profit instead of developing it for housing.

In January, official media quoted Duwaihi as saying the government was moving towards taxing undeveloped land, which he said would have “a positive impact on land price hikes and the monopolisation of land”.

Last year, the authorities said over 600,000 Saudi families were eligible for housing aid in the form of state-subsidised home loans or subsidised sales of land or housing units.

The Al Watan newspaper has quoted Duwaihi as saying 62 per cent of the roughly 20 million Saudi citizens own their homes, but the International Monetary Fund has estimated that excluding people living in traditional housing, the ratio is 36 per cent.

Post a comment
WATCH: The latest videos from the Star
by REUTERS
Living Spaces
18 March 2015 - 09:00
Read The E-Paper