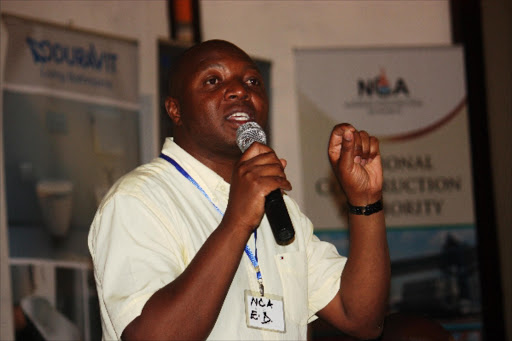 The National Construction Authority has maintained that foreign firms will have to adhere to proposed new regulations that will force them to cede a share of their contracts to local firms.

Last week, NCA said that it will publish regulations to limit participation of foreign contractors, mostly Chinese, in mega projects to allow more local firms to benefit from such projects.

Under the proposed regulations, contractors with projects that are valued over Sh1 billion are to give a minimum of 30 per cent of the value of that contract to local companies either through sub contracting or under a joint venture.

The authority executive director, Daniel Manduku said some provisions in the draft (Act, number 41 of 2011) are very clear that the regulations must be made in order to operationalise the act.

“We have conducted extensive consultation with parliamentarians. Foreign firms have no choice but to abide by the law," he said.

"We have also done a one year consultation with primary interest groups and the foreign firms and they have agreed to follow the law.”

The debate on foreign contractors was sparked two weeks ago by the authority vice chair, Isabella Wachira.

She expressed concern over domination of Chinese firms in many public projects and the need to have equal participation of local and international firms in the construction sector.

Other mega projects are the Lamu Port and the controversial standard gauge railway that have been contracted to China Communications Construction Company and CRBC respectively.

“Foreign firms will be required to entrench their construction technology to local firms,” she said.

Her remarks in the article that was published in the Star website sparked debate among readers like Mung'etheri Mutongoria who said the plan will badly fail.

“For many years local contractors had a chance to build our roads and houses but all we saw is building collapsing and shoddy roads that dilapidated in a matter of months,” Mutongoria said.

Another reader identified as Godfrey Kimega said imposing sanctions on foreign firms is not the solution adding that Kenyan construction companies should instead strive to improve the quality of their work.

The authority says in its website that all foreign firms wishing to undertake construction jobs in Kenya will be required to bid for just one project and do it in a joint venture with a local firm.

The Act is set to streamline, overhaul and regulate the construction industry in the country, NCA said.

It says the industry has suffered a lot of competition from foreign contractors who are seen to offer cheaper and more quality work, while poor legislative framework has allowed quacks and unqualified persons to dominate.

Post a comment
WATCH: The latest videos from the Star
by RICHARD MUNGAI
Living Spaces
21 April 2014 - 00:00
Read The E-Paper