The lender expects the global pace of price rises to slow from 7.6 per cent in 2022 to 5.2 per cent this year. 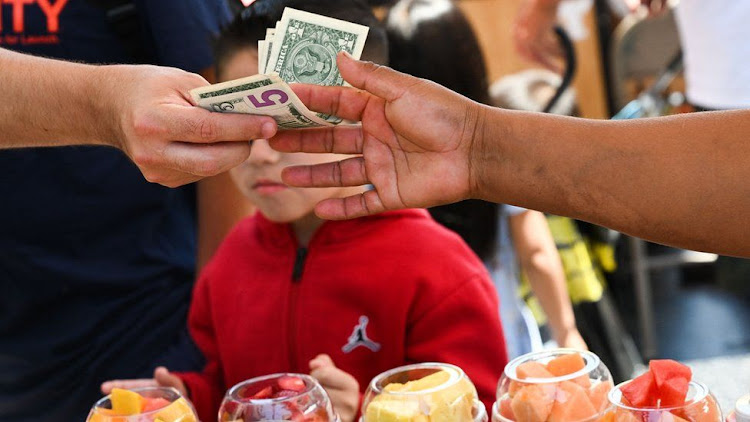 The global economy is "perilously close to falling into recession", according to the latest forecast from the World Bank.

It expects the world economy to grow by just 1.7 per cent this year - a sharp decrease from the three per cent it predicted in June.

The report blames a number of factors stemming from Russia's invasion of Ukraine and the impact of the pandemic.

The effects of higher interest rates are picked out as the key challenge for policymakers to overcome.

World Bank president David Malpass said the downturn would be "broad-based" and growth in people's earnings in almost every part of the world was likely to "be slower than it was during the decade before Covid-19".

The 1.7 per cent growth figure would be the lowest since 1991, with the exceptions of the recessions of 2009 and 2020, which were caused by the global financial crisis and the Covid pandemic.

The World Bank said the US, the Eurozone and China - the three most influential parts of the world for economic growth - were "all undergoing a period of pronounced weakness", a downturn that was worsening the problems faced by poorer countries.

"Over the past two decades, slowdowns of this scale have foreshadowed a global recession," the bank warned, adding that it anticipated "a sharp, long-lasting slowdown".

Higher inflation is one of the main reasons that the global economy is struggling. Global food and energy prices jumped last year as the war in Ukraine led to reduced crop supplies and pushed the West to move away from Russian fossil fuels.

The World Bank said it expected the global pace of price rises to slow from 7.6 per cent in 2022 to 5.2 per cent this year, as those pressures ease.

While some "prices spikes are possible". the bank said it expected energy prices to fall in general. It pointed to an increase in global production and lower demand in Europe, where an energy crisis has led businesses and households to reduce their use of gas.

Crop prices are also forecast to fall by five per cent this year although they will still be significantly higher than they were a few years ago, having risen by 13 per cent in 2022.

Despite those developments, inflation is expected to remain well above the two per cent rate typically considered healthy.

Central banks in dozens of countries, including the US and the UK, have been raising interest rates in response to the problem, aiming to cool their economies and ease the pressures pushing up prices.

But they are navigating a delicate path as they try to address the cost-of-living crisis while not tipping their economies into recession.

The World Bank said higher borrowing costs have stifled business investments and warned that more companies were struggling with their debts. Developing economies are also being squeezed hard by US interest rates, which are expected to rise further. Many of them borrow money in US dollars.

The Bank said that even with the global economy "under pressure" the right government policies could offer hope.

It expects the world economy to grow by just 1.7 per cent this year - a sharp decrease from the three per cent it predicted in June.
Business
4 weeks ago

The cost of food is likely to increase in 2023, considering the world experienced the worst drought in 40 years.
Opinion
1 month ago
Post a comment
WATCH: The latest videos from the Star
by BY BBC
Kenya
11 January 2023 - 18:00
Read The E-Paper