Future of the facilities however uncertain as port capacity increases.

•Currently, there are 26 registered CFSs with 21 being located in Mombasa, strategically around the port.

•The decision by the government to fully move back port operations to Mombasa is expected to increase business activities in the coastal city. 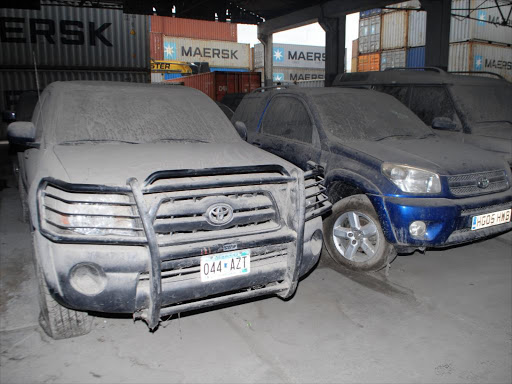 Uncleared vehicles at a CFS in Mombasa/FILE

This comes as business in Mombasa is picking after President William Ruto's directive that fully reverted port operations back to the coastal town.

The association, he said, is in talks with Kenya Ports Authority (KPA) to extend the free storage, a move that will see more imports being shipped directly to owners without having to go through CFSs.

KPA allows up to four days of free storage at its facilities.

Importers and exporters then incur charges of between $30 (Sh 3,651) and $90 (Sh10,953) per day for cargo that has stayed beyond the free storage period and more than 24 days, depending on the size of the container.

The Container Freight Station Association (CFSA) however said there has not been an increase, but charges that were not initially passed to users.

“We are using KPA tariffs. What is being seen now is not an increase but costs that were not previously invoiced to clients,” CEO Daniel Nzeki said.

The developments come even as the future of CFSs remains uncertain as KPA continues to improve efficiency in cargo handling, amid port expansions.

Completion of the second phase of the Second Container Terminal, handed over to KPA in May this year, has increased the port’s annual capacity by 450,000 containers, bringing the total capacity to 2.1 million containers.

The first phase of the three-phased project, which was completed in February 2016 and commissioned for operations in September 2016, increased the port’s annual capacity by 550,000 containers.

Developed on a 100 acres land and reclaimed parts of the sea at the Kilindini Harbour, the facility is expected to ease congestion at the port of Mombasa.

The third and final phase of the second container terminal is expected to kick off next year, setting the port on track to achieving a capacity of 2.5 million containers annually.

According to the port management, the CFSs were needed for a short term-basis to supplement the port which lacked capacity about ten years ago.

A container freight station is a distribution facility where import and export shipments are temporarily stored before being moved.

KPA  entered into an agreement with private CFS’s in 2011, as a temporary measure,  to help decongest the port.

CFS operators were required to clear cargo within 48 hours after being discharged from a vessel and moved to the facilities.

Currently, there are 26 registered CFSs with 21 being located in Mombasa, strategically around the port.

Most had scaled down operations with about three completely shutting operations business, after the government in 2018 ordered that all inland destined cargo be moved on the SGR.

Why SGR can't wipe trucks off of the roads

Hue and cry, yet it appears only a small fraction goes by SGR.
Counties
3 years ago
Post a comment
WATCH: The latest videos from the Star
by MARTIN MWITA Business Writer
Kenya
17 November 2022 - 05:00
Read The E-Paper