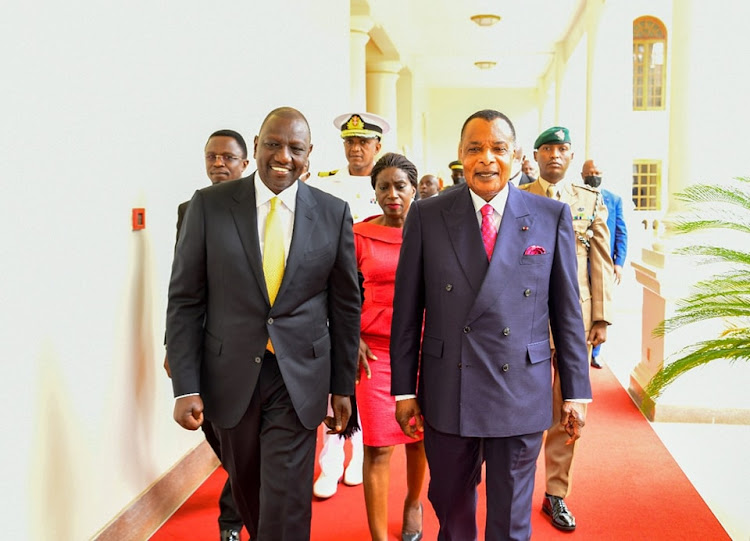 The deal was reached on the sidelines of the ongoing Cop27, witnessed by President William Ruto and executive chairman of Fortescue Andrew Forrest.

This agreement will fast-track Kenya’s development of an affordable green fertiliser supply chain and other green hydrogen-based industries and its derivatives.

''For Kenya this will create fossil fuel-free fertiliser, a strong local industry, skilled job creation, and lessen Kenya’s exposure to imports from foreign nations,''reads the agreement.

Under the agreement, FFI and Kenya will work together to build by 2025 a 300MW capacity generation green ammonia and green fertiliser facility.

"This will provide affordable green fertiliser to the domestic market and address food security, while also negating the need for importing fertiliser,''Ruto said.

The parties intend that this will be followed by the development of two further projects that would scale up renewable electricity generation for green industries by up to 25GW.

This is to produce up to 1.7 million tonnes of green hydrogen per year for export.

President Ruto and the Fortescue executive chairman first discussed the agreement during their meeting at the UN General Assembly in New York in September.

Ruto reiterated that this marks the beginning of what is believed will be a long and fruitful partnership between Kenya and FFI.

He added that the facilities will be essential in creating  new jobs and delivering significant manufacturing and industrial development to the country.

The initial green hydrogen and green ammonia facility to be located in the Naivasha vicinity of the Olkaria geothermal field will move to a pre-feasibility study, with a final investment decision from FFI expected next year.

On his side, Fortescue Forrest said that the current ammonia and fertiliser production relies almost exclusively on fossil fuels and results in considerable carbon emissions.

He notes that by stepping away from fossil fuels to use green ammonia, the country is on the path to industrial decarbonisation.

"we are committed to walk with Kenya in ensuring that it moves towards its goal of becoming the leader of renewable energy in Africa, and in accelerating the global energy transition for the benefit of the continent.” Forrest said.

The pact between the two nations could likely awaken the storm that once appeared back in 2018 when the then deputy president, now the president, was accused accused of farming in Congo, with plans to import maize back to Kenya.

Three former Rift Valley MPs had publicly claimed that Ruto was positioning himself to be the principal maize supplier to the scandal-ridden National Cereals and Produce Board by discouraging the region from maize farming.

The lawmakers had claimed that Ruto has a 500,000-acre farm in the Republic of Congo where he grew the maize.

The former MPs; Joshua Kutuny (Cherangany), Alfred Keter (Nandi Hill) and Silas Tiren (Moiben) had claimed that Ruto has been encouraging farmers to substitute maize farming with avocado and macadamia.

"You can’t be telling us to plant avocados, plant macadamia but you are not telling us what happened to maize. Now you have gone even to Congo. You are growing 500,000 acres of maize," said Keter without producing any evidence to back his claims.

In an interview with the Star in time of the claims, Kutuny asked the Ministry of Foreign Affairs to come clean on the deals he claimed Ruto had signed with the Congo government.

Says it will bring about Kenya’s economic liberation.
Business
1 month ago
Post a comment
WATCH: The latest videos from the Star
by VICTOR AMADALA Business Writer
Kenya
08 November 2022 - 04:00
Read The E-Paper