The business confidence for the next 12 months rose to a year high of 61 per cent from 52 and 51 per cent in July and May. 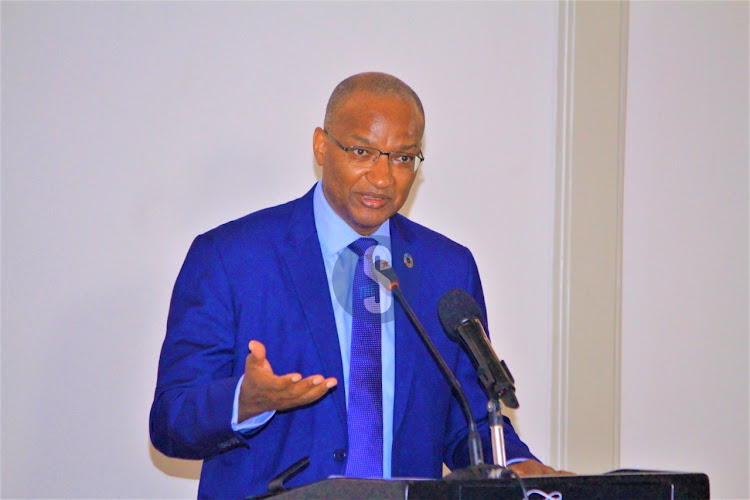 The leading indicators of economic activity for the Kenyan economy continued good performance in the second quarter, inspiring high confidence among business leaders.

According to the September 2022 CEO Survey by the Central Bank of Kenya (CBK), the business confidence for the next 12 months rose to a year high of 61 per cent from 52 and 51 per cent in July and May.

The number of CEOs who believe that have less optimism about the growth of their companies significantly dropped to  11 per cent from 11 and 12 per cent in May and July.

The majority of the top executives who project their sectors to largely remain the same as they recover from the Covid-19 turmoil stands at 36 per cent, with 47 per cent hoping their sectors to improve as the economy heals. The balance of 16 per cent expects things to worsen over the next 12 months.

According to CBK, this is inspired by business prospects in the green economy, agriculture, manufacturing and motor industry.

"There is a renewed investor confidence after peaceful general election and anticipations that comes with the new regime. There is also headroom for growth in the real estate, construction and fintech,'' CBK governor Patrick Njoroge said on Friday.

The country's inflation hit 9.2 per cent in September from 8.5 per cent the previous month.

"While businesses are gradually recovering from the effects of the pandemic, recovery has been moderated by concerns over high inflation and the spillover effects of the war in Ukraine," said the survey.

The economy is expected to remain resilient in the remainder of 2022, supported by the services sector despite subdued performance in agriculture and weaker global growth.

According to CBK, the country's GDP is expected to expand by 5.7 per cent. This is however 20 basis points lower compared to projections made earlier in the year.

Two of the surveys conducted ahead of the MPC meeting—the CEOs Survey and Private Sector Market Perceptions Survey—revealed stronger optimism about business activity and economic growth prospects for 2022.

The latest Market Perception index shows the level of optimism among bank CEOs which rose to 94 per cent in September from 79 per cent in July.

Their non-bank counterparts also have high optimism at 71 per cent with those very optimistic at 16 per cent. The level of hopelessness also dropped during the period under review to a paltry 13 per cent.

The Survey of the Agriculture Sector conducted ahead of the meeting, revealed that prices of some food items particularly vegetables have declined due to increased supply with the improved weather conditions and the onset of the harvest season.

Additionally, respondents expect agricultural output to improve in the next harvest season.

Nevertheless, respondents identified transport costs due to the rise in fuel prices, adverse weather conditions, and the cost of inputs such as seeds and fertilizer as major factors constraining agricultural production.

Exports of goods have remained strong, growing by 11 per cent in the 12 months to August 2022 compared to a similar period in 2021.

In particular, receipts from tea and manufactured goods exports increased by 10.9 percent and 20.8 per cent respectively during the period.

The increase in receipts from tea exports reflects improved prices attributed to demand from traditional markets. Receipts from horticulture exports declined by 12 per cent in the 12 months to August 2022 compared to a similar period in 2021.

Tourism and transportation receipts have increased as international travel continues to improve.

Survey: Kenyans will continue buying online even after Covid

A high rating this year means most CEOs are expecting a stable economy at least six months after the August 9 polls.
Business
3 months ago
Post a comment
WATCH: The latest videos from the Star
by VICTOR AMADALA Business Writer
Kenya
03 October 2022 - 04:00
Read The E-Paper