He is currently chairing Safaricom and Kenya Airways 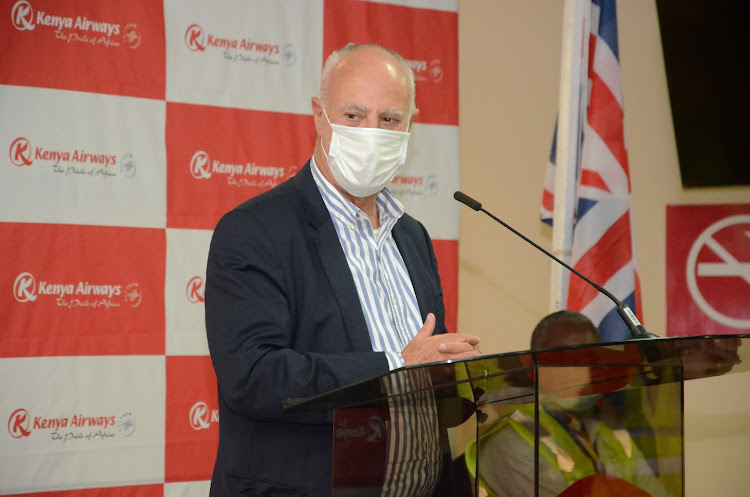 Kenya Airways chairman Michael Joseph speaks during the resumption of flights with the first being to London
Image: DOUGLAS OKIDDY

An agricultural insurance and technology company, Pula has appointed Michael Joseph as its board chair effective immediately.

“I am very pleased to welcome Michael Joseph as the new chairman of Pula’s board,” said Thomas Njeru, Co-Founder and CEO of Pula.

He added that Michael brings a wealth of skills and industry knowledge to the firm.

Njeru said that throughout his career, Michael has been committed to seeing small businesses in Africa succeed on the global stage.

His experience and strong knowledge of scaling companies in African markets align with Pula’s ambitions. This puts him in an ideal position to lead Pula’s growth in insuring smallholder farmers in new markets,'' he said.

As founding CEO of Safaricom, Joseph is widely credited with leading M-Pesa, the world’s most successful mobile money service.

He is recognised for transforming Safaricom’s customer base from 20,000 to over 16 million subscribers, making it one of the most innovative, influential, and profitable companies in East Africa.

He holds a B.Sc. in Electrical Engineering from the University of Cape Town.

Joseph said that he is delighted to have joined Pula as its new chairman of the Board, adding that in some ways, it is a win-win situation.

"The connection between agriculture and technology intrigues me, particularly on how technology can be used to improve smallholder farmers’ productivity and incomes,'' he said.

He added that he is looking forward to guiding Pula as it continues its growth, and hopes to push the company to do even better.

Michael’s appointment comes after the start-up’s success in closing a Series A investment of $6 million.

In 2020, Pula won the prestigious ‘InsurTech of the Year Award’ at the 6th Annual African Insurance Awards held in Lagos, Nigeria.

Despite contributing the least amount of greenhouse gas emissions, Africa is most exposed to climate change impact.
Business
2 months ago

Currently, Pula has impacted over 4.3 million farmers on the continent
Business
1 year ago
Post a comment
WATCH: The latest videos from the Star
by VICTOR AMADALA Business Writer
Kenya
19 September 2022 - 19:27
Read The E-Paper