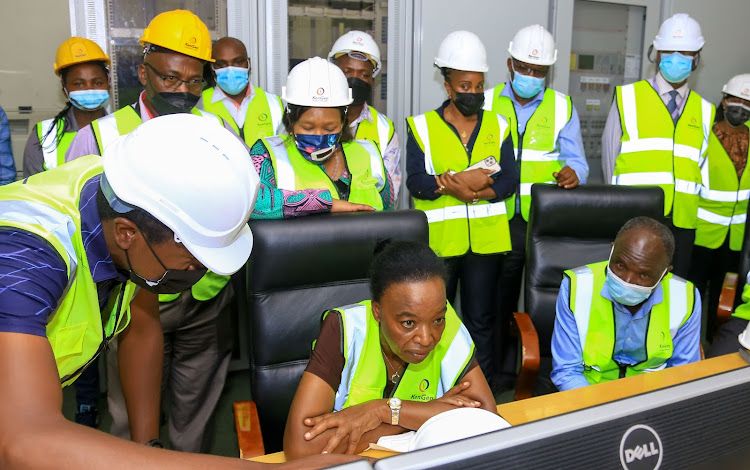 The Kenya Electricity Generating Company (KENGEN) has made yet another milestone after embarking on geothermal drilling in the neighboring county of Djibouti.

Under the Sh0.7B, the power generating company is set to drill three geothermal wells in the country after close to one year of studies and exploration.

Already, Kengen has completed the drilling of several wells in the neighboring country of Ethiopia where it was contracted to drill 12 geothermal wells in Tulu Moye region.

In the Djibouti project, KenGen is carrying out the drilling work on behalf of the Djiboutian Office of Geothermal Energy Development (ODDEG).

In a statement carried in the company’s weekly report, the exercise is being led by the company’s Geothermal Development manager Peketsa Mangi.

Mangi noted that the move was a major milestone for the company as it had confirmed KenGen’s growing presence in the region.

“The move serves as further testament to African countries supporting each other to develop crucial sectors of their economies,” he said.

He added that the project was of strategic importance to Djibouti which was looking to be reliant on renewable energy sources as the basis for the realisation of its economic potential.

“KenGen’s engagement with ODDEG is for purposes of drilling two geothermal wells, with the option of a third well in the coming days,” he said.

The Djibouti project is the third mega geothermal drilling contract that KenGen is implementing in the continent.

In February 2019, KenGen won a contract to drill geothermal wells for the Ethiopian Electric Company (EEP) in Aluto-Langano, Ethiopia.

The contract financed by the World Bank is for the implementation of drilling rigs and accessories as well as rig operation and maintenance for drilling geothermal wells.

Earlier, Kengen MD Rebecca Miano called for phasing out of thermal power noting that fossil fuels were no longer a sustainable source of energy to power economic growth.

“By 2020, only nine percent of all energy generated in Africa came from renewable sources while over 90 percent was sourced from thermal and coal,” she said.

She noted that the continent was blessed with renewable resources like geothermal and wind but this had not been fully utilized.

The construction started in December 2018.
Business
9 months ago

KenGen is optimistic that the project will help catalyse economic development.
News
10 months ago
Post a comment
WATCH: The latest videos from the Star
by GEORGE MURAGE CORRESPONDENT
Kenya
14 September 2022 - 04:00
Read The E-Paper