•The prices of goods including beer, bottled water, cigarettes and juice are likely to rise by 6.3 per cent from October 1.

•Prices of petroleum products are also set to increase based on the adjustment. 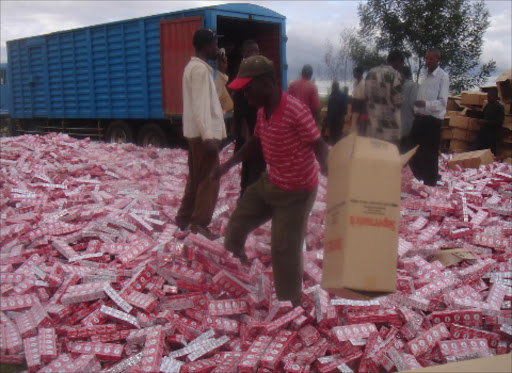 The imminent inflation adjustment by the Kenya Revenue Authority spells doom for struggling consumers as it will lead to commodity price increases, according to Stop Crime Kenya (StoCK).

It will also give a huge boost to criminals in illicit trade, StoCK, which has a secretariat at the Consumers Federation of Kenya (Cofek) warns.

The prices of goods including beer, bottled water, cigarettes and juice are likely to rise by 6.3 per cent from October 1, as KRA implements its annual inflation tax adjustment.

According to the taxman, excise duty on the products will increase in line with the average annual inflation.

Prices of petroleum products are also set to increase based on the adjustment.

StoCK chairman Stephen Mutoro said: “This tax increase could not come at a worse time for consumers who are already battling the soaring cost of living.”

The inflation adjustment comes barely two months after price hikes in July, which came with the Finance Act 2022.

“These new increases will simply drive more shoppers to seek supposed bargains in the shadow economy, thereby boosting the profits of criminals involved in illicit trade,” Mutoro, who is also the Cofek Secretary General, said.

Households in the country have been battling a rising cost of living since June, with inflation hitting a five-year high of 8.5 per cent last month.

This was largely driven by the cost of food and non-alcoholic drinks, Kenya National Bureau of Statistics says, which climbed 15.3 per cent.

Housing, Water, Electricity, Gas and Other Fuels Index increased by 5.6 per cent in the last 12 months.

StoCK, which is campaigning against the criminals who make a fortune smuggling and selling illicit goods, said more people will be forced to source for cheaper products in the black market.

“The sale of counterfeit or smuggled goods already robs the government of Sh153 billion in tax revenue every year and these increases will enlarge that devastating black hole in our economy,” Mutoro said.

Manufacturers and retailers in the country have also blamed high taxation in the country for the increased counterfeit goods and illicit trade, with neighbouring countries such as Uganda being a source of cheaper products.

According to the Retail Trade Association of Kenya (Retrak), the country’s formal economy is threatened by an increase in illicit trade and fake products.

Retrak CEO Wambui Mbarire said the cost of doing business in Kenya has increased tenfold with at least nine new taxes and levies introduced in the last financial year.

For instance, the cost of basic goods such as milk, flour, rice, and bread are on average between Sh20 and Sh50 cheaper in Uganda compared to Kenya.

Beer and cigarette prices are twice expensive in Kenya.

“This presents an obvious incentive for smugglers to exploit our porous borders and sell goods bought more cheaply in Uganda to customers in Kenya,” Mbarire said.

Mutoro noted that instead of hiking prices, government should be cracking down on illicit trade and strengthening enforcement at the country’s porous borders.

According to Kenya’s Anti-Counterfeit Agency (ACA), illicit trade denies the taxman up to Sh153.1 billion annually.

ACA has in the past decried staff shortage, which is making it difficult to properly man porous borders used for smuggling.