There is rise in optimism and business expectations for the tourism and hospitality sectors.

•There is rise in optimism and business expectations for the tourism and hospitality.

•A high rating this year means most CEOs are expecting a stable economy at least six months after the August 9 polls. 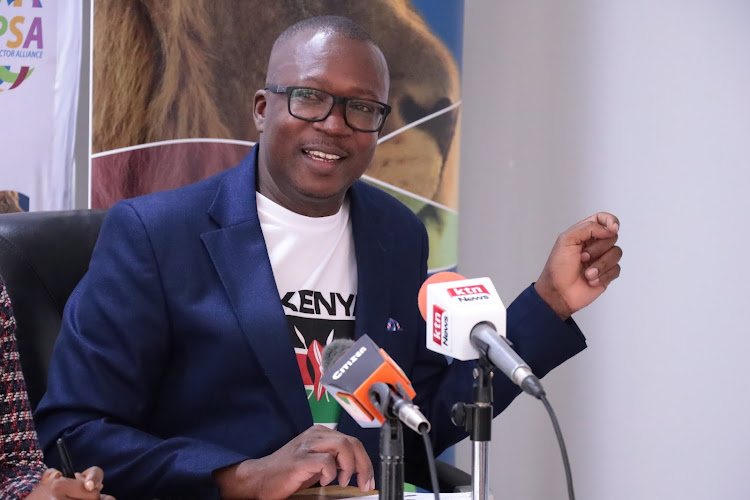 Business executives in Kenya are optimistic about growth prospect of their companies and the wider economy post election.

According to the latest Kenya Private Sector Alliance (Kepsa) Business Confidence Index, the business community is upbeat about this year's post-election economic stability unlike in previous years.

The survey reported a confidence index reading of 61, compared to 44 and 53.8 index points in 2017 and 2012 respectively, when fear of violence and disruptions was high.

With a backdrop of previous cases of electoral violence, it was assumed that some violence would occur which created protection concerns.

However, a high rating this year means most CEOs are expecting a stable economy at least six months after the August 9 polls.

Most business executives also expressed optimism to hire additional full-time employees in the next six months, which will translate to increased business operations.

Conducted between July 4 and  July 25, the survey engaged a total of 173 business leaders from medium and large businesses.

Most CEOs are counting on a smooth power transition for the economic conditions to improve across all industries compared to six months ago.

Specifically, there is rise in optimism and business expectations for the tourism and hospitality sectors at 85 index points and wholesale and retail at 70 index points.

The least optimistic sectors are finance and ICT, probably because businesses in these sectors were already experiencing growth relative to other sectors at the height of the Covid-19 pandemic, hence executives do not expect much change in the coming six months.

These sentiments are reported against the backdrop of the Russia Ukraine War that disrupted value chains, resulting in fuel, energy, wheat and fertiliser price increase.

This was further compounded by the rising inflation in Kenya and across the globe as well as the extended drought.

Even so, majority of business owners are certain that the economy will continue to grow after elections.

The economy grew by 6.8 per cent in the first three months of the year, the highest in 22 years according to Kenya National Bureau of Statistics (KNBS) data.

This was mainly supported by rebounds in most economic activities that  contracted significantly in the first quarter of 2021 due to measures instituted to curb the spread of Covid-19.

According to the survey business executives remain skeptical about the possibility of reduced production costs due to the prevailing high fuel, raw materials, and other input costs that are expected to go up, thus projecting lower industry growth prospects over the next six months.

They foresee prices of goods and services increasing after elections.

The report shows business executives are encouraged by the implementation of key policies and ongoing infrastructure improvement initiatives as well as the various business support subsidies by the government.

In addition to these efforts, executives now want tax concessions and the lowering of raw material prices to improve the business environment.

KBA said the current economic conditions will likely reduce the volume and value of bank transactions in 2022.
Business
4 months ago

TMB, a public company limited by shares has an asset base of Sh1.5 trillion.
Business
4 months ago
Post a comment
WATCH: The latest videos from the Star
by SHARON MAOMBO Business Writer
Kenya
05 August 2022 - 04:00
Read The E-Paper